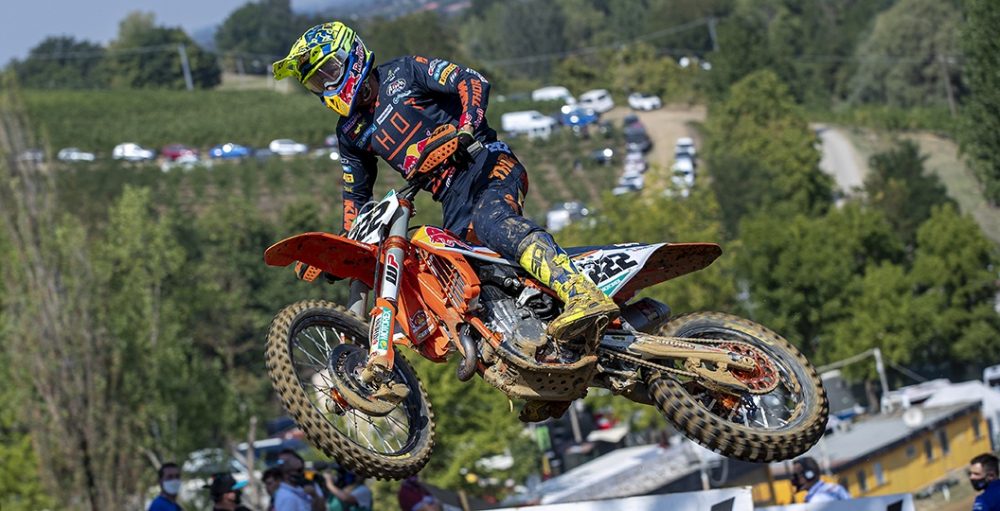 Jeffrey Herlings was running away with the premier-class title in the 2020 FIM Motocross World Championship, but will not clinch the gold plate at the end of the current campaign. That will go to someone else. Who’s going to be the one to pick it up though? Vote in the poll below and join the discussion on social media (motocrossvice on Twitter). Antonio Cairoli currently leads the championship by seven points over Tim Gajser. Jeremy Seewer is 30 points down on the new series leader.