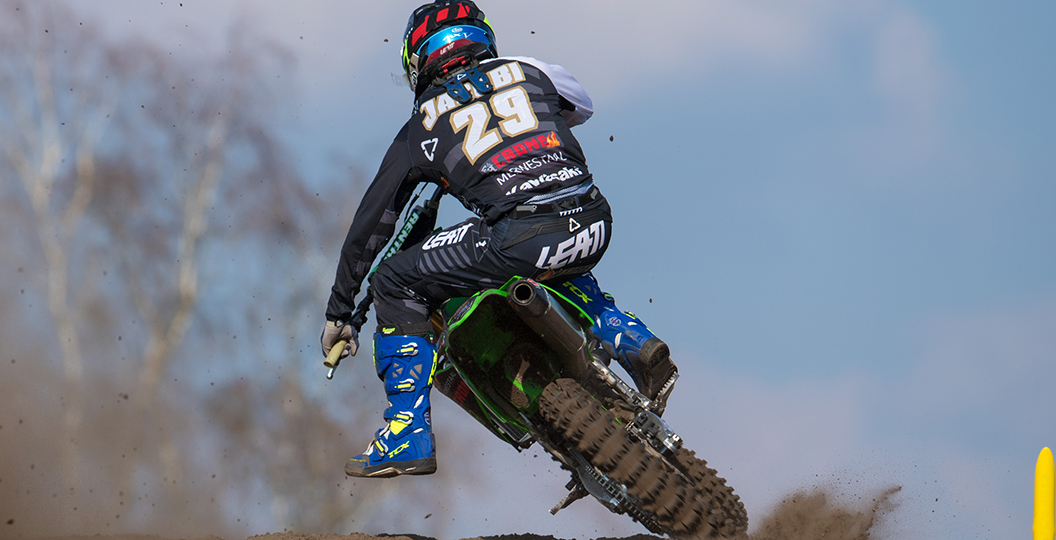 Although Jorge Prado was sidelined for a majority of March with a haematoma beneath his left shoulder blade, he has proven to be unstoppable in the MX2 class. Prado has completely dominated every single moto that he has competed in during the 2019 FIM Motocross World Championship. Who will be the first rider to rip an overall win from his grasp? Vote in the poll below and join the conversation on social media (motocrossvice on Twitter).