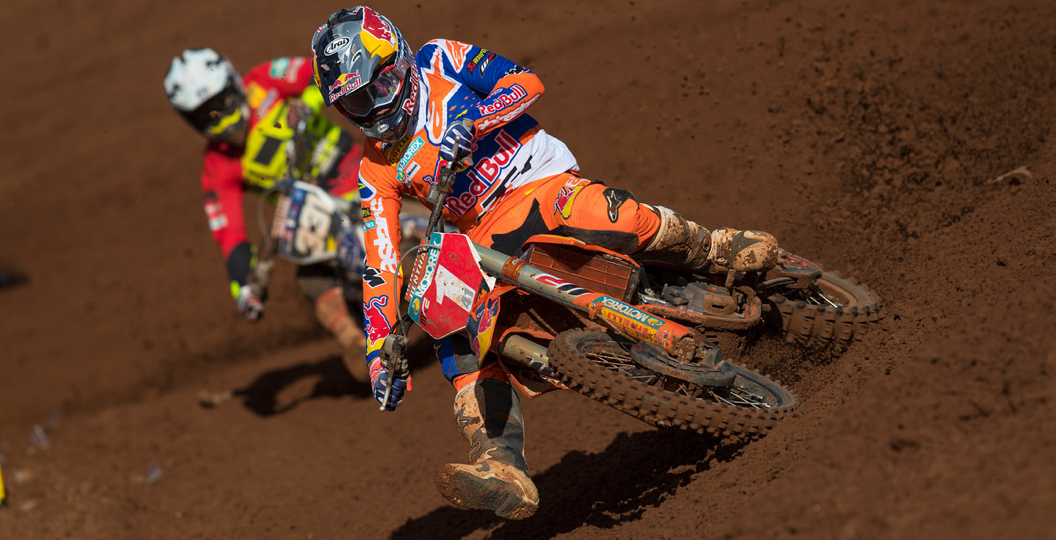 There are many stories to follow in the FIM Motocross World Championship but, somehow, the fact that Pauls Jonass has gone undefeated has been overlooked somewhat. Jonass has won every single moto that has been run this year and could extend that streak further at the Grand Prix of Trentino. Who is going to be the first rider to steal a win from the defending champion? Vote in our poll below and join in the conversation on social media (motocrossvice on Twitter).