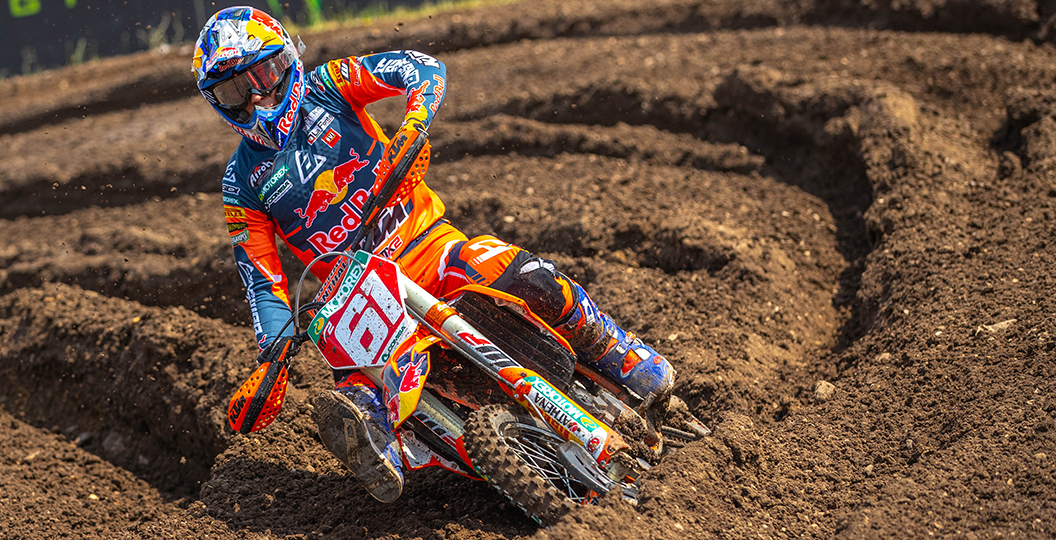 If Jorge Prado wins the MX2 title in the 2019 FIM Motocross World Championship, then he will have to vacate the class and therefore make a major step forward in his career. There would obviously be an opportunity to step onto a 450F in the Grand Prix series, but then some have speculated that the Troy Lee Designs Red Bull KTM outfit could benefit from his input. If you were Prado, who leads the MX2 series by forty-four points currently, what would you choose to do? Vote in the poll below and have your say on social media (motocrossvice on Twitter).