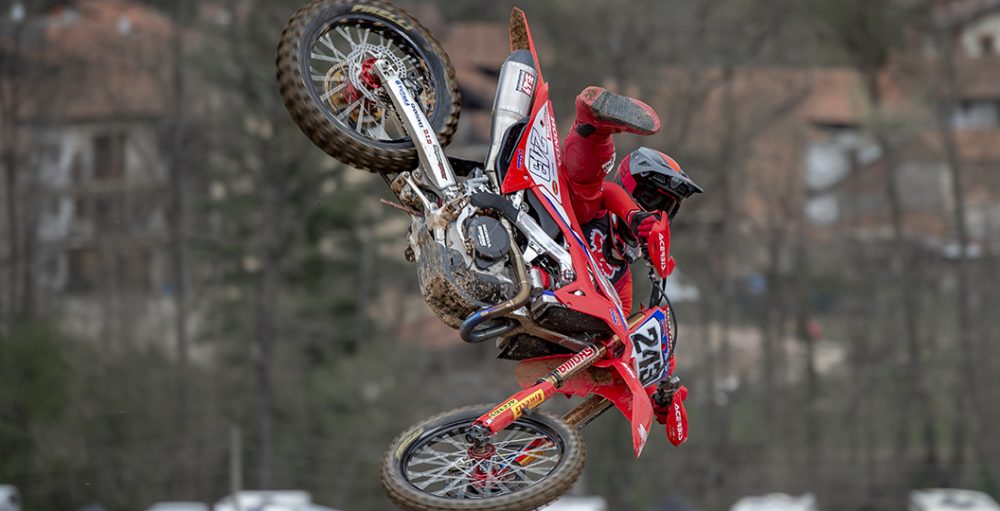 This is actually it, race fans. The first round of the 2021 FIM Motocross World Championship, the Grand Prix of Russia, is now just a couple of days away. A lot of riders and teams are already en route to Orlyonok for an event that promises to be extremely exciting, for a few reasons. One of those is undoubtedly the fact that the premier division is extremely unpredictable. Seriously, just try to predict the Grand Prix winner on Sunday! That is actually what you need to do here. Vote for the MXGP rider who you think will win in Russia and then join the discussion on social media (@motocrossvice on Twitter).

There is actually another interesting element to consider here: There is a fairly high chance that the event’s going  to become a mudder. Sunshine and clear skies are forecast for the days ahead of the race, but then consistent thunderstorms are predicted for Sunday. It’s actually meant to rain from the early hours of the morning to late at night. Yikes! That really chucks a spanner in the works, as riders like Ben Watson and Pauls Jonass become viable picks quite quickly. Just have a go at picking a winner in the poll below. Who knows, you may even be right.