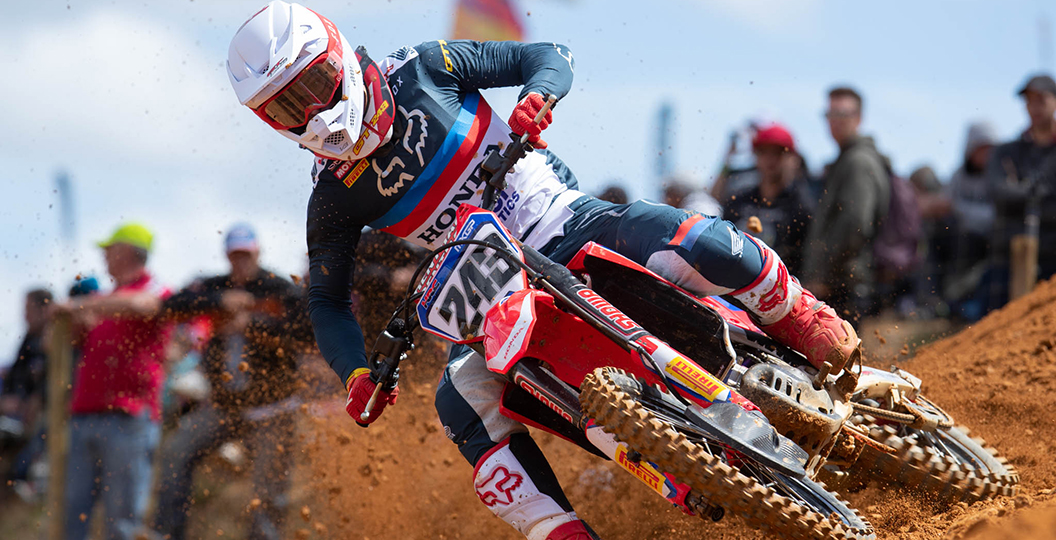 An entertaining round of the 2019 FIM Motocross World Championship just wrapped up in Portugal and posed new questions, especially regarding Tim Gajser. Gajser had a difficult outing at the previous event at Mantova, but rebounded in a big way over the weekend and clawed six points back in the title race. Thirty-four points is the difference between him and Antonio Cairoli now. Do you consider him a legitimate threat for the title at this point? Vote in the poll below.