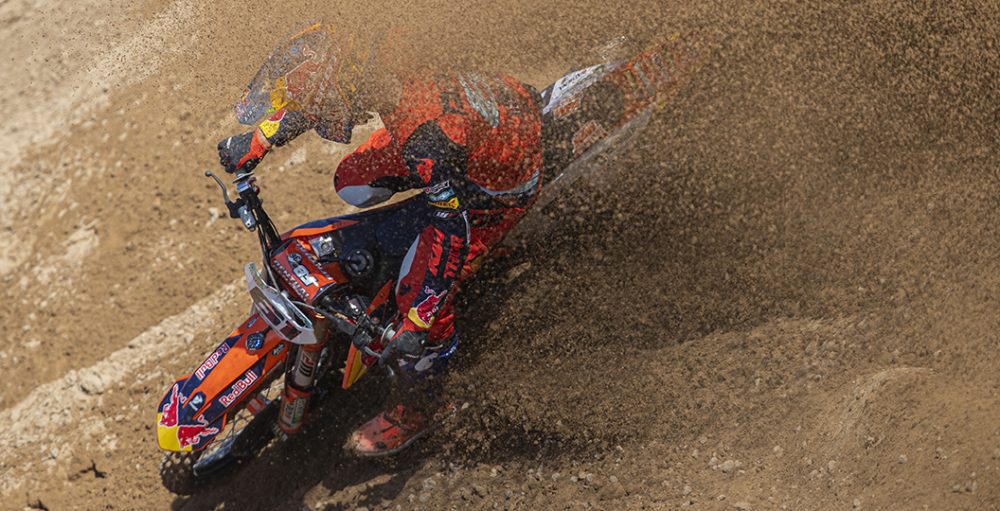 The 2021 FIM Motocross World Championship is just a couple of days away, which means it’s time to get serious and start locking in some predictions. Who is your pick to win the 2021 MXGP title? There are nine riders listed below, but then there are others like Pauls Jonass who could be in that mix. The class is truly stacked. Vote in the MX Vice poll below and then join the conversation on social media (that’s motocrossvice on Twitter).

Jeffrey Herlings, Tim Gajser and Jorge Prado are the three hottest picks heading into the season. It is quite tricky to argue against that point. Antonio Cairoli, Jeremy Seewer and Romain Febvre have realistic shots at the crown as well though. It would not take much for one of those guys to step up and upset the established trio. There are some true wildcards in the form of Glenn Coldenhoff, Ben Watson and Thomas Kjer Olsen too. There is so much to unpack! Good luck making a pick.