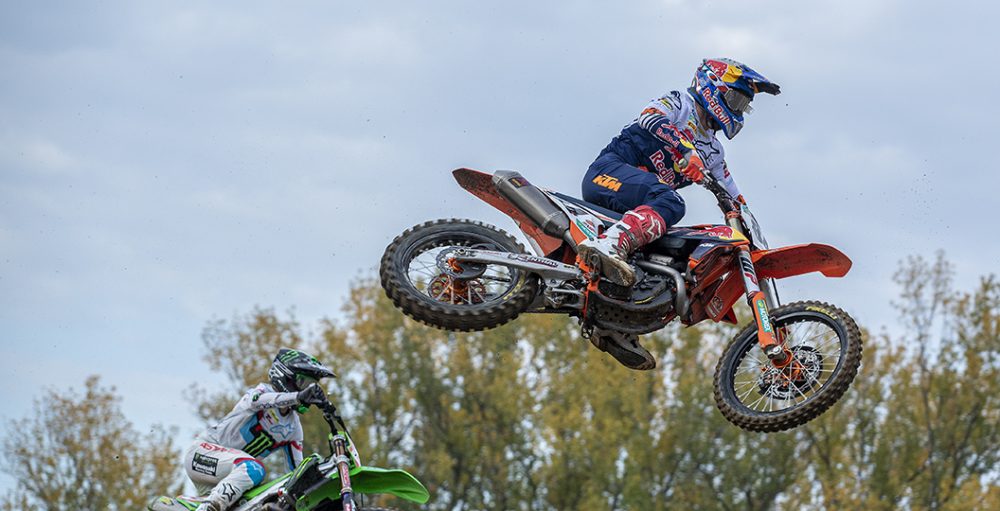 Three points, two riders and one round. The end of the 2021 FIM Motocross World Championship is very near. Romain Febvre is three points clear of Jeffrey Herlings with one round remaining and, essentially, both riders can control their own destiny. If Herlings goes 1-1 at the Grand Prix of Citta di Mantova, there is nothing that Febvre can do to stop him. If Febvre goes 1-2 (or 2-1) then there is nothing that Herlings can do to stop him. It really is a ‘winner takes all’ scenario.

Although Herlings trails in points, he has been dominant in a lot of the different categories. Herlings has the most pole positions, moto wins, Grand Prix wins and Grand Prix podiums. Crucially, however, Febvre has led the most laps this year, which points to his prowess out of the gate. Febvre is very good at getting to the front on lap one and that could make the difference on Wednesday. It’s impossible to predict what’s going to happen. Who is your pick? Vote in the poll below.