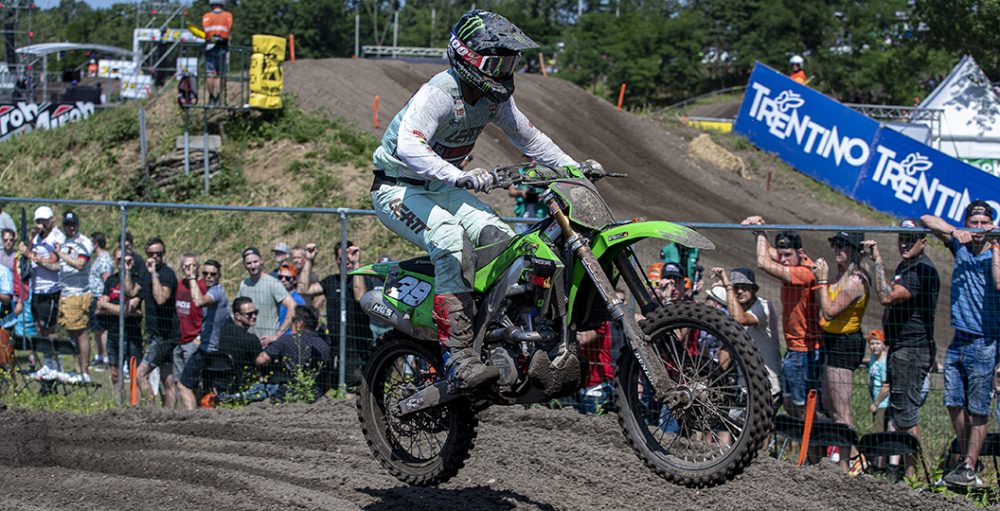 When the 2021 FIM Motocross World Championship kicked off in Russia, parity was not present in the MX2 division. Tom Vialle dominated proceedings and fans, letting out a sigh, buckled up for a very predictable fight for the title. A fall before the second round turned the series on its head though – the class has been wild since then. Maxime Renaux, Mattia Guadagnini and Jago Geerts have won the rounds that followed that. Four victors in four rounds for the first time in 2009!

It has not yet been confirmed whether Vialle will race in Czechia or not. However, he’s just 91 points down on the red-plate holder currently. If he makes it back this weekend, and is competitive, then there is no way that one can rule him out of the fight. Who is your favourite though? All of the realistic options have been listed below. Those who are further down the order may actually be the favourites, which makes for an exciting dynamic. Vote in the poll and join the conversation on social media (motocrossvice on Twitter).