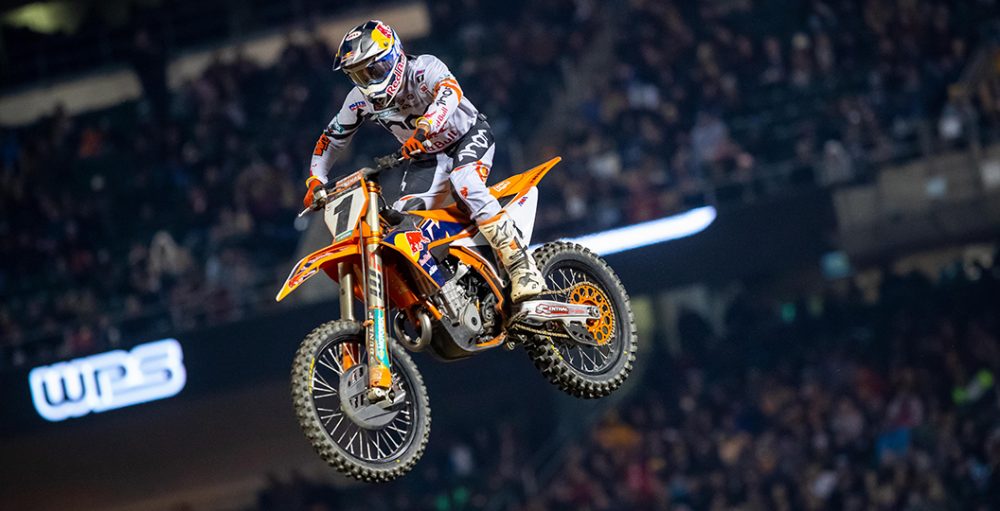 Bench racing is rife in the long and cold off-season. Everyone spends so long attempting to pick a favourite for the 450SX title in Monster Energy Supercross and then that changes after just one round of competition. There are always surprises and disappointments in the first couple of rounds, which causes bench-racing chatter to fire up again. Who would have thought that Jason Anderson would win one of the first two rounds? Did anyone have Ken Roczen down for a thirteenth-place finish at one of the rounds?

Considering everything that happened at both Anaheim 1 and Oakland, who do you consider the favourite for the 450SX title at the moment? Has your championship pick changed or are you sticking with the decision that you made in the off-season? Who are you expecting to catch fire in the coming weeks? There is so much to consider when making a pick below. Make a pick and then share your thoughts over on social media (@motocrossvice on Twitter and @mxvice on Instagram).