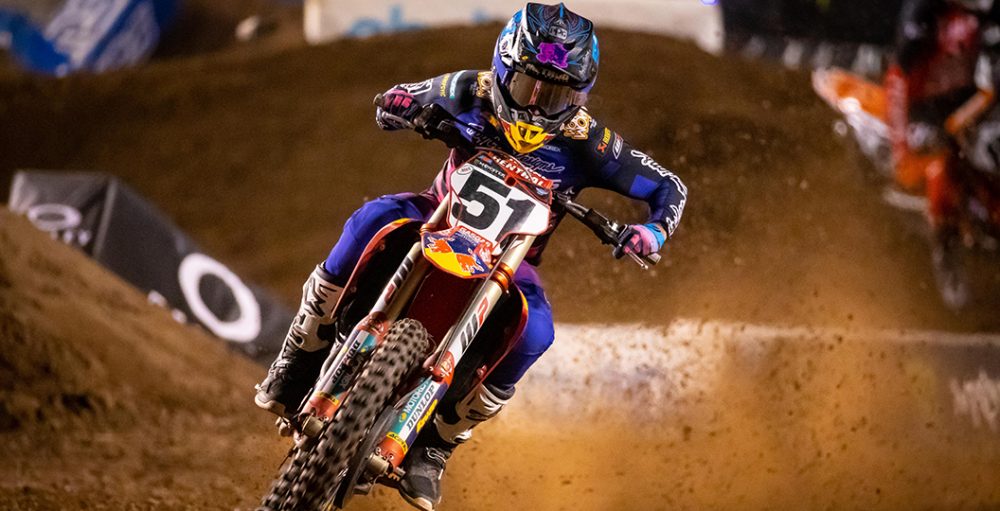 It feels like an eternity since gates last dropped in the United States, seeing as there is a prolonged break between the Monster Energy Supercross finale and Lucas Oil Pro Motocross opener. The first round of twelve will be run at Fox Raceway next weekend – there are now less than two weeks to go until a new term begins. The 450MX class is arguably the most wide open it has been for years; three-time champ Eli Tomac is coming off of two tricky seasons (indoors this year and the previous outdoor season) and the defending champion, Zach Osborne, hasn’t raced since February.

Adam Cianciarulo, who was second in the points last year, has not raced since February either. Ken Roczen is questionable, seeing as he has not raced in outdoors in over a year and suffered towards the end of supercross. Cooper Webb has not quite shown the same potential on a 450F outdoors, so is not an automatic favourite and Chase Sexton is still making rookie mistakes. The point here is that there is no clearcut winner in 450MX! Who do you believe will take the title? Vote in the MX Vice poll below and join the conversation on social media (@motocrossvice on Twitter).