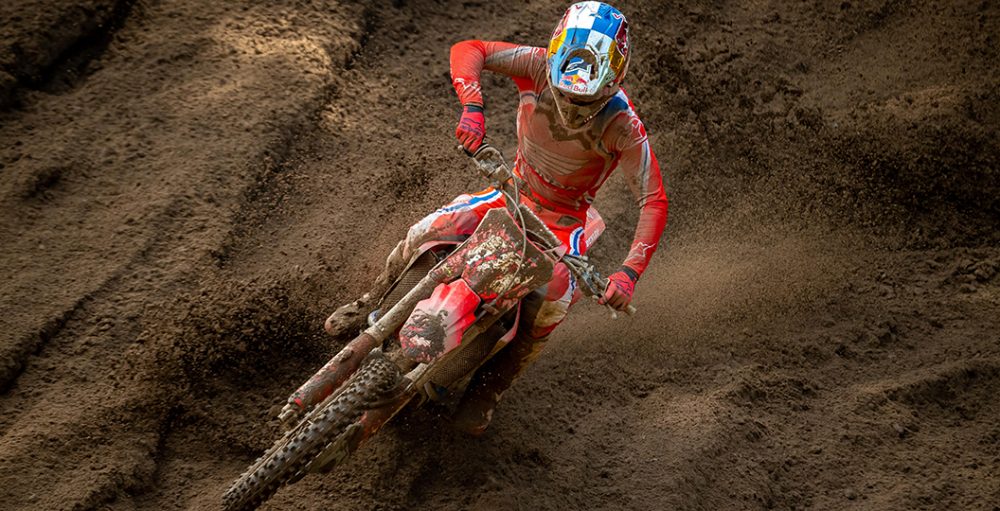 The fifth round of 2021 Lucas Oil Pro Motocross, Southwick, really shook up the order of things. Jett Lawrence was lucky to finish in sixth overall (via 9-3 moto scores) after a scary incident in the first moto, but did give up five points to Justin Cooper (third overall with a 6-2) in the title fight. The biggest benefactor was Hunter Lawrence, who went 1-1 en route to his first overall win in the United States and clawed back 18 points on his brother in the championship standings.

Jett now leads Cooper by three measly points heading into round six at Millville this weekend. Hunter is lurking 26 points down in third with seven rounds remaining – he is certainly not out of this thing just yet. The fact that the class is so wide open only adds to the intrigue. There has been five winners in five rounds thus far! Who is your pick to win the 250MX title? Vote in the poll below and then join the conversation over on social media (that is @motocrossvice on Twitter).