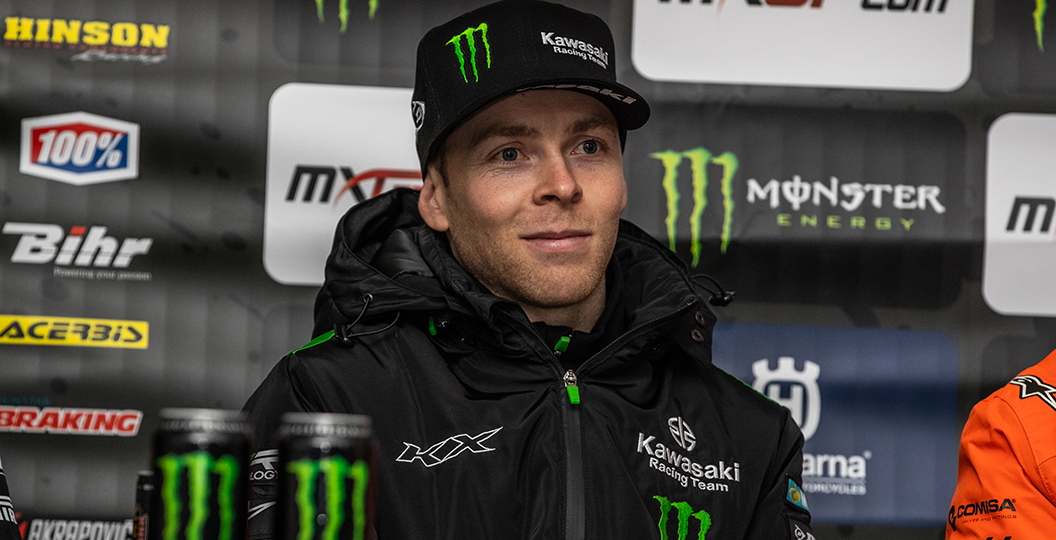 Romain Febvre injured his knee without even crashing in the week prior to the first round of the 2020 FIM Motocross World Championship, the Grand Prix of Great Britain, and is currently on a race-by-race basis with his recovery. All updates on his condition are being placed below.

It has just been confirmed that Romain Febvre will indeed miss the Grand Prix of The Netherlands, round two, this weekend. Monster Energy KRT released the following information from the man himself.

“I will miss this race and we don’t know yet for Argentina. It’s really bad for me, for the team, for our sponsors and for everyone but that’s how it is. To miss the start of the season like this is disappointing, especially after working so hard this winter. I was practicing when I hit my knee. I didn’t even crash. Now I need to get healthy.”

Fans were baffled when Romain Febvre limped to twenty-fourth in the qualifying session at the opening round of the 2020 FIM Motocross World Championship. It was later confirmed by those at Monster Energy KRT that he tweaked his knee in training a week before the opener and was dealing with a substantial amount of pain. Those in the green camp were adamant that he sustained no structural damage.

“Dealing with the injury is sometimes possible but today it wasn’t! Hurt my knee nine days ago on practice, even without crashing. Nothing is damaged but it’s painful… I did try, because I want to gave my all! Tough moment with the consecutive injuries! Thanks to @KawasakiRacingTeamMXGP @MonsterEnergy for trusting myself and giving me what I need… Time!”

There is currently no word on when Romain Febvre will return to racing, although one would think that the Grand Prix of The Netherlands this coming weekend will be too soon. Febvre already faces a forty-seven-point deficit to the current leader.