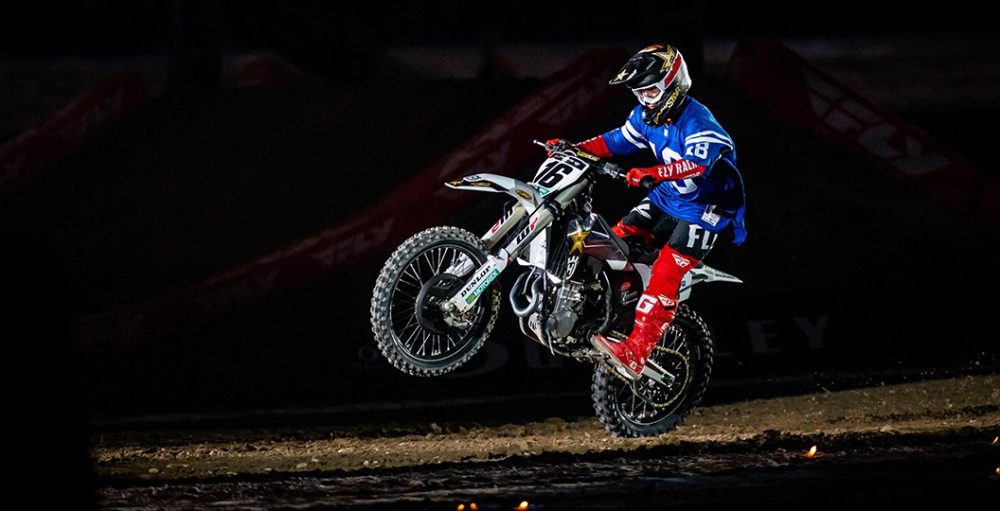 Additional injury news from the 2021 Monster Energy Supercross paddock, as a pair of Rockstar Energy Husqvarna Factory Racing riders have confirmed that they will not return until the 2021 Lucas Oil Pro Motocross series fires into life at Fox Raceway at the end of May. Osborne, the defending 450MX champion, struggled with a back injury in Orlando and only just got back on a bike, as he explains in the following statement.

“Some raw clips from my first day back on the bike! Enjoyed being back and enjoyed not being in pain while riding for the first time in a bit. It’s been a winding road to get back to riding and feeling good. With that said I won’t be doing anymore @SupercrossLIVE races but focusing on preparing for my title defence in @ProMotocross. Thanks to everyone who has had my back literally and metaphorically through this process.”

Osborne had a tricky term in 450SX; he had just two top-five finishes and a single podium in the eight races that he did. Although he is currently sat in eleventh in the championship standings, it is likely that he will fall outside of the top fifteen by the end of the current term. Jason Anderson (seventh) and Dean Wilson (thirteenth) will continue to represent Rockstar Energy Husqvarna Factory Racing in 450SX.

RJ Hampshire, who’s actually been missing in action since the third round of 2021 Monster Energy Supercross, will also miss the remaining rounds of 250SX East. Hampshire’s dislocated wrist at Houston 3 was obviously a significant injury, and he is not even back on a bike yet. Preparing for Fox Raceway is the priority now, of course, although it’s likely that he’ll be slightly behind the eight ball by the time that event rolls around. Hampshire spoke about his situation on social media.

“Finally have an update! 10 weeks in a cast with pins was not ideal or what I expected when the injury first happened. When I dislocated my wrist at Houston I destroyed the ligaments holding those small bones together, which is why I had to have the pins in for so long. I had another surgery last week to remove the hardware and started therapy right after. Motion and strength is coming back fast, hoping to get back on the bike in a week or so. Obviously I’ll be missing the rest of supercross, which is a bummer, but looking forward to being ready for round one of the @ProMotocross championship with the @RockstarHusky team. This injury has been a struggle but I’m not one to dwell on it, will be back and better than before. Thank you to the ones hanging in there with me.”

The thirteenth round of 2021 Monster Energy Supercross, Atlanta 1, will be held at Atlanta Motor Speedway this weekend. There are five rounds remaining in the current campaign.