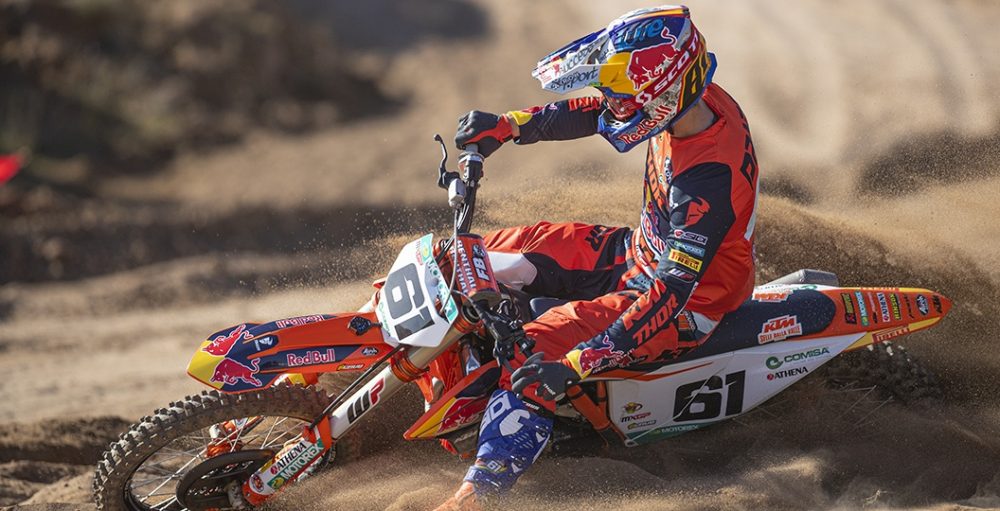 “It was just a big impact to the stomach. I couldn’t breathe and had some pain. It was obviously something internal so we went to the hospital for a check but luckily everything is fine. I’ll just need some rest, that’s all.”

Fans were alarmed when Jorge Prado hit the dirt at the final Internazionali d’Italia round today; he was initially slow to get up and immediately withdrew from the race. Red Bull KTM Factory Racing released this small piece of information on social media, which indicates that he is okay, but it is thought that further confirmation will filter through tomorrow.

“Jorge Prado headed MX1 qualification at Mantova today and after finishing sixth in the first race suffered a crash while fighting for the lead in the second. The Spanish star was winded but initially given the ‘all-clear’ after subsequent checks.”

This post will be updated when more Jorge Prado information comes to light.