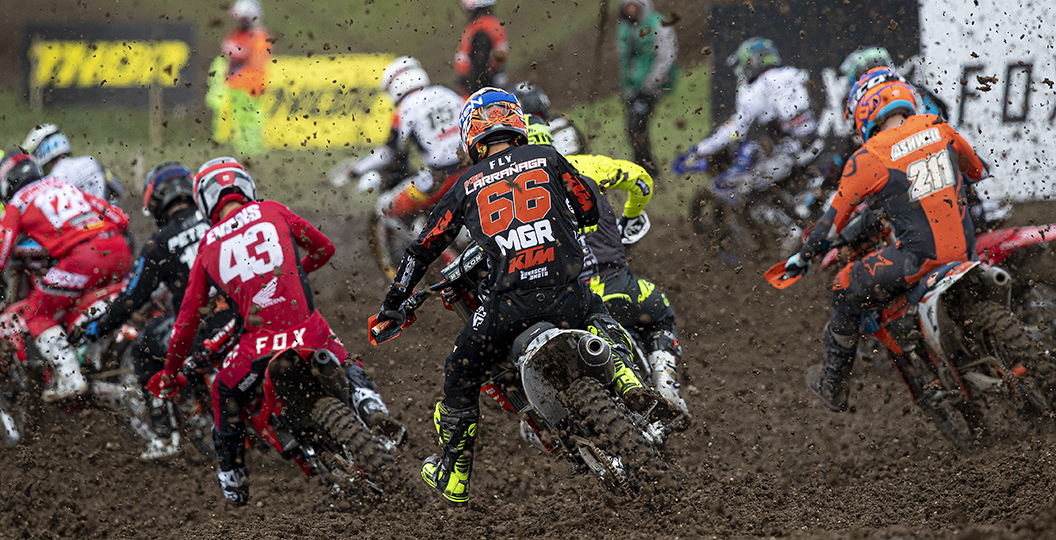 Fans were left concerned after Iker Larranaga crashed hard right at the very end of the final premier-class moto at the Grand Prix of Great Britain, round one of the 2020 FIM Motocross World Championship. Larranaga was down for quite some time and in need of a lot of medical attention, but there is positive news to report. Larranaga’s already up on his feet, after fracturing his T7 vertebra, and will make a full recovery. A statement from the team is below.

“Iker had a trip to the hospital in Southampton where he was found to have a fracture to the T7 vertebra and other minor bruises. Iker is already on his feet today and is doing well, and this is the most important news. We thank all the ones who have asked us for news and we will keep you updated on his recovery as soon as possible.”

There is no word on when Iker Larranaga will be able to ride again, but he will return to racing at some point this season. It is also worth noting that doctors have declared he is not in need of any surgery.