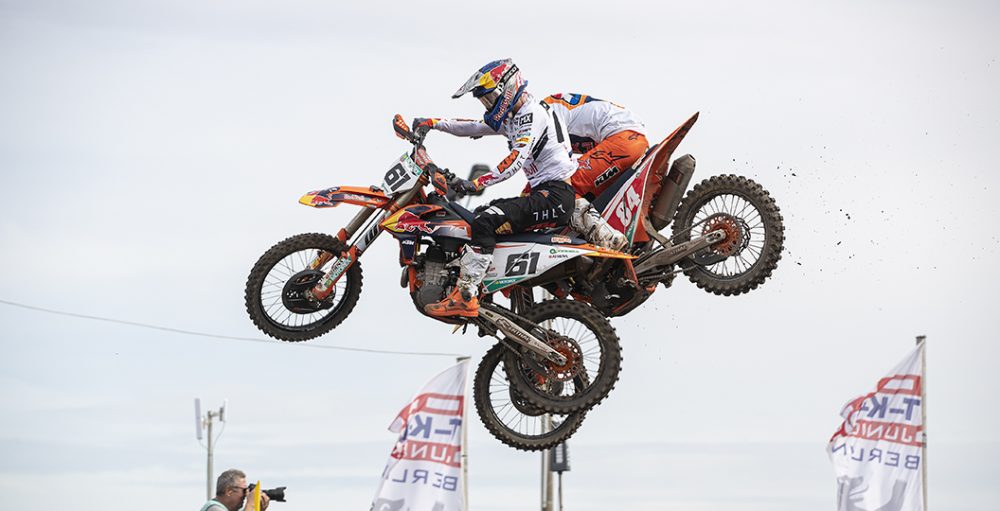 Updates on Red Bull KTM Factory Racing riders, Jeffrey Herlings and Jorge Prado, after a shocking crash at the conclusion of MXGP moto one at the MXGP of Germany. Prado won the moto by less than a second, drifted over in the air on the finish jump and collected Herlings. A video of the incident is below.

Jeffrey Herlings: Jeffrey Herlings is fine, for the most part, and ready to race the second MXGP moto. There is no cause for concern with #84, although he is obviously battered and bruised.

Jorge Prado: Jorge Prado is getting stitches under his arm in hospital and is not expected to race MXGP moto two. There are false reports of a broken leg circulating. Those are incorrect. Considering how bad of an impact it was, only requiring stitches is quite lucky.

Herlings leads the MXGP championship by three points, entering MXGP moto two. Herlings is eight points ahead of Romain Febvre in third and nine points ahead of Jorge Prado in fourth.