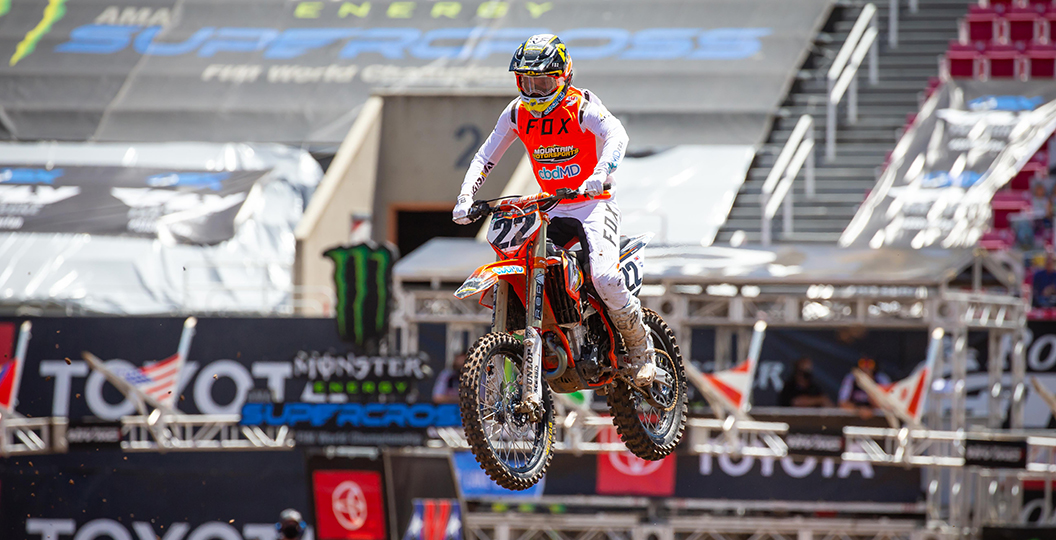 Chad Reed commands attention no matter when or where he races, hence why fans were quick to beg for answers where he pulled out of the 450SX main in Salt Lake City last night. There were obviously concerns that he had sustained a minor injury, but the problem is nothing too serious. It turned out that his fuel begun to boil (evaporate essentially) and he chose to pull in rather than take any risks on a track that had already bitten Broc Tickle and Adam Cianciarulo.

“It felt good to be back racing yesterday. There is no comparison to racing in front of fans and the silence was weird. I felt like I had a decent day overall. Nice to get back on a race track. I really love riding this new bike and checked off the box to race SX on all brands. That wasn’t intentional or planned, just happened to be the bikes of choice over the years. My starts feel better and more natural so now I just need to remember how to use them. I made a bad call on fuel choice yesterday. I had taken altitude into consideration but not heat. We boiled fuel pretty early in the main, so I chose the safe route.

“I pulled off, because it wasn’t worth the risk. I was disappointed initially because I felt good on the bike but there is more racing to come. Our team has worked hard to be here. I have one mechanic, @SheetMetal220, who handled a complete change in bike manufacturer and being ready in May instead of Sept/Oct like originally predicted. He has learned to get it done no matter what I throw at him and mostly on his own. We have a small team but I’m really proud and happy to be finishing this ride with my friends and the sponsors we have. Thanks to the fans supporting from home! We’ll be better and ready for the next one.”

Reed was eventually credited with nineteenth in the 450SX main, meaning that he picked up four points. Seventeenth is the spot that he occupies in the premier-class championship standings.