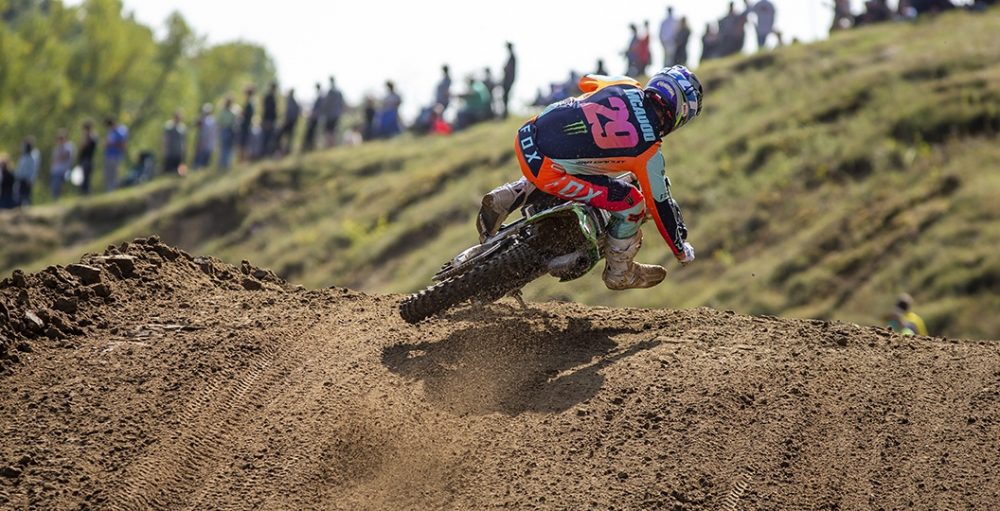 Presented by Even Strokes: Even Strokes, the newest arrival in tgyhe e-commerce game, can cater to all your needs with a range of offers on Talon, Fox, Yoko, OneGripper, Alpinestars, Renthal, Motorex and more! Be sure to visit www.evenstrokes.com before your next ride. No matter what you ride or where you ride, Even Strokes has you covered. Use the code MXVICE for 15% off of your order, no matter what that is. Making motocross affordable.

Television viewers were baffled when Monster Energy Pro Circuit Kawasaki’s Cameron McAdoo was doubled over in pain in the mechanic’s area at round six of 2020 Lucas Oil Pro Motocross, but the reason for that has now been explained. McAdoo revealed that he took a handlebar to the stomach, which left him in immense pain and “throwing up uncontrollably.” The good news is that he’ll be on track at WW Ranch on Saturday, as he reveals in the statement below.

“Bummed I wasn’t able to finish moto two yesterday. I was feeling great on the bike, but crashed early in the moto, took the bars to my stomach, and was throwing up uncontrollably. I got checked out, and everything came back clear just pretty sore today. Thanks to everyone who reached out yesterday, and my entire team! We will be back to fight next weekend in Florida.“

McAdoo is the only original member of Monster Energy Pro Circuit Kawasaki still standing, as his teammates are all injured. Mitchell Harrison, a fill-in rider, is the only guy alongside him beneath the awning. McAdoo sits fourth in the 250MX championship standings with a season-best finish of fourth in moto one at Loretta Lynn’s 2.