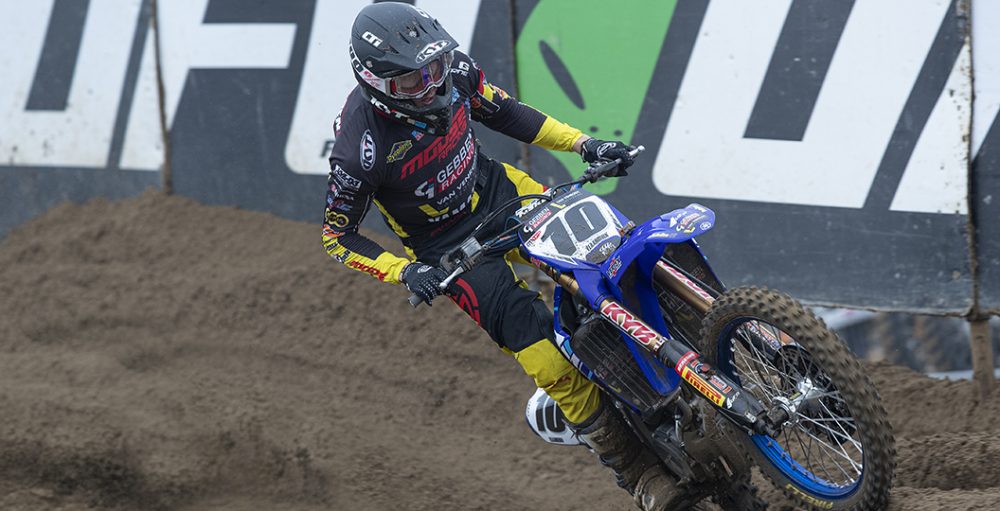 Another one bites the dust! Calvin Vlaanderen will miss the final three rounds of the 2020 FIM Motocross World Championship, following a practice crash on Wednesday. The injury isn’t too serious – he just banged up his hip and required stitches. Vlaanderen revealed the news via the following statement.

“Unfortunately, I’ll miss the last few rounds. Obviously I’m very disappointed to end the season like this. On Wednesday, my last training on the bike for the season, I had a crash and hurt my hip. I needed a few stitches in my hip which will make me have to sit out the last few rounds. It was a challenging rookie year, with many ups and a few downs, but it sure was a good one! I had some small injuries throughout the year, which didn’t help but I’m proud I lined up to every race and did my best. A huge thanks to the whole Gebben Van Venrooy team for all the hard work and countless hours they put in this season.“

Vlaanderen is currently fifteenth in the premier-class standings, following round fifteen, and had a season-best result of fifth in a moto at Mantova 1. Vlaanderen finished in the top ten in six motos across the season, despite being held back by niggling injuries and suffering a torn ACL right at the beginning of September. Gebben Van Venrooy Yamaha will have Alessandro Lupino on track at the Grand Prix of Trentino this weekend, as well as fill-in rider Brent Van Doninck. Van Doninck said the following about the opportunity.

“I am beyond excited for this opportunity. This is a good chance to show three more times what I am capable of. The first round will not be easy getting used to the bike, but we will improve.”

Van Doninck is desperate to secure an MXGP seat for the 2021 FIM Motocross World Championship, so the fill-in deal with Gebben Van Venrooy Yamaha provides him with an opportunity to show what he can do on a hard-pack tracks. It is worth noting that he has no seat time on the YZ450F though.