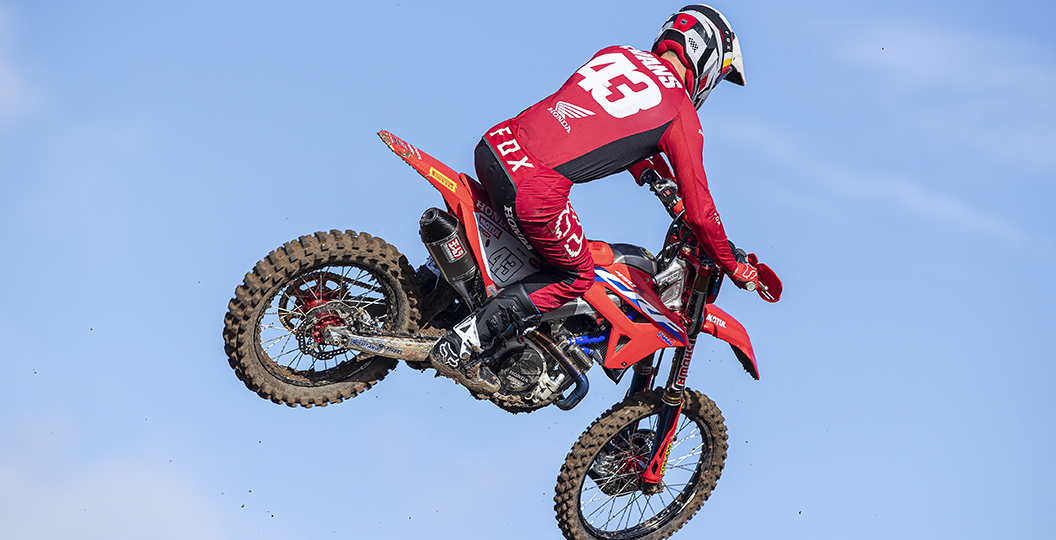 Mitch Evans dislocated his shoulder when the Grand Prix contingent last raced at Valkenswaard, those with a keen memory will recall. The pause for the pandemic aided his recovery somewhat, as there was no need to rush the recovery, but it is almost time to return to the starting line now. The 2020 FIM Motocross World Championship will return in a little over a month, so is he in a position to race? Evans released the following statement via Team HRC.

“I’m happy to see the new calendar come out. It looks like it should go ahead finally, at least I’m optimistic that we should be back to racing soon. The one-day format will be a new thing for the MXGPs, but for me it is just like racing in Australia where we have practice and qualifying in the morning and then two motos in the afternoon. I should feel at home with it. At the moment, with my injury, I have had one day back on the bike and I did some flat-track riding. I’ll do this for the first month, then see the surgeon at the end of July and hopefully get the all-clear to start racing after that.

“Obviously, it’ll mean I will only have one week to really get ready on a normal track and see how my shoulder feels before we go racing in Latvia. I’m not sure if I’ll be 100% by then, as we’ll have to see how the shoulder keeps progressing. Hopefully it holds up well and feels good when I am riding and then we’ll make a decision before that weekend. I have never had an injury like this, with this much time off the bike, so it has been tough. I am really happy to be back on the bike though and getting back into normal training and with an exact date in mind, to build towards and see the rest of Team HRC, the fans and the MXGP paddock again.”

Evans was a revelation at the first two rounds of the current campaign, which also marked his Grand Prix debut aboard the CRF450R, as he raced to an impressive third in the first moto of the season and narrowly missed the podium in Great Britain. The shoulder injury stopped him from scoring points in The Netherlands, but he still sits eleventh in the premier-class standings. The 2020 FIM Motocross World Championship will resume in Latvia on August 09.