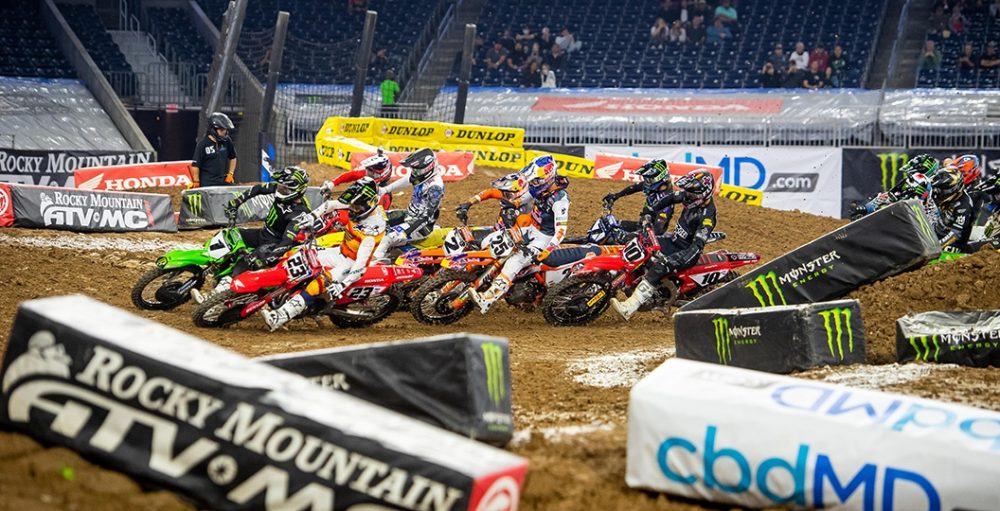 The official @SupercrossLIVE account on social media has issued a statement, explaining how the decision to dock certain riders four points was reached. This should clear up a lot of questions.

“Per AMA Rule 4.16.E.9.C, four riders in Tuesday’s Houston Supercross have been penalized for jumping on a red cross flag. The penalty for each rider is the loss of championship points and purse equal to two positions for that race, plus two additional points. Riders affected are Ken Roczen, Jason Anderson, Vince Friese and Martin Davalos.”

The official 450SX results have finally been released and, rather surprisingly, positions have not changed. The results are as they were.

The penalties were handed out for jumping on the waved red-cross flag when Chase Sexton was down.

The second round of 2021 Monster Energy Supercross, Houston 2, finished more than six hours ago now. Why are there no results available for the premier division though? There is a high chance that many, many fans are jumping around trying to figure out how they can actually find out who is leading the 450SX series standings heading into round three? Feld Entertainment confirmed that multiple riders are under review for ignoring the red-cross flags via the following statement.

“As of press time 450SX Class results had not been certified due to pending appeals with the AMA and FIM regarding flag rule infractions.”

It’s thought that Ken Roczen and Jason Anderson are among the riders being investigated, but that has not been confirmed as of yet. This post will be updated as soon as the penalties are confirmed.