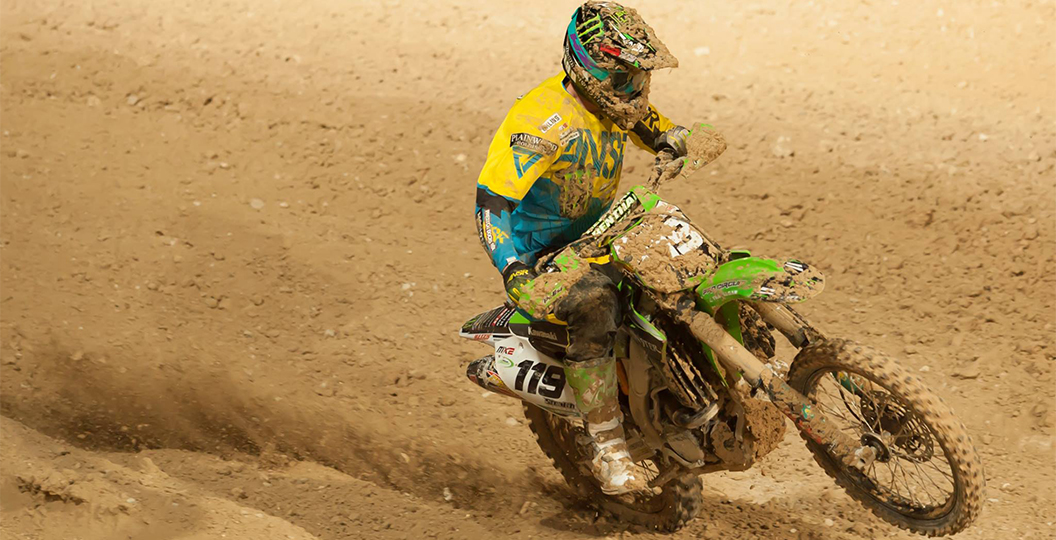 When Mel Pocock sustained a career-threatening injury in Wolverhampton last March, it rocked the world. Never before has an incident at the Maxxis British Championship reached such a substantial audience, which should give you an idea of the severity of it. That is now in the past, however, and the focus is firmly on what most pray will be a bright future.

With what he hopes was the final operation behind him, Pocock can now look to the new season and what will be a fresh challenge. His situation has prompted a little confusion though, as he has hit the age limit for the MX2 class at world championship level. What’s next for #119? We recently got in touch with Steve Dixon, of the Monster Energy DRT Kawasaki team, to learn more about their plans for the rider who they have stood by through thick and thin.

“The plan is just to see how he progresses. There is no set path for Mel to take, but just to help him get back to a level where he wants to be. He is too old for MX2, but he has already won the EMX2 championship and is not ready to go to MXGP. We, as a team, have our MXGP and MX2 rider, plus James Cottrell in EMX2. There is no pressure on Mel, we will help as necessary.”

I can only think of a few examples where a team has been so loyal to a rider and given them the room to grow and recover at their pace, with no added pressure. Christian Craig in his rookie season with Troy Lee Designs Lucas Oil Honda comes to mind, and look how that worked out. This will undoubtedly give Pocock the best opportunity to rebuild his career and himself, both mentally and physically.

Dixon continued, “Mel has far exceeded the expectations of everyone with his recovery. His hand was totally smashed, so we will just see how it goes in 2016. There is no rush – he has plenty of years left.”

After starting his MXGP career at such a young age, you would be forgiven for thinking that Pocock is older than he actually is. Realistically he could have ten years of racing at the highest level left, which is plenty of time for him to tick various goals and ambitions off of his list. There really is no rush, as Steve mentioned.

You can bet that when Mel does roll onto the starting line on his KX250F again for the first time, he’ll have an overwhelming amount of support from his fellow riders and just about everyone in the industry. It’ll be one of the biggest talking points of the new season, I’m sure, but don’t overlook just how far he’s come already. The tenacity shown by Mel is what will see him through this next stage and back to a competitive level.