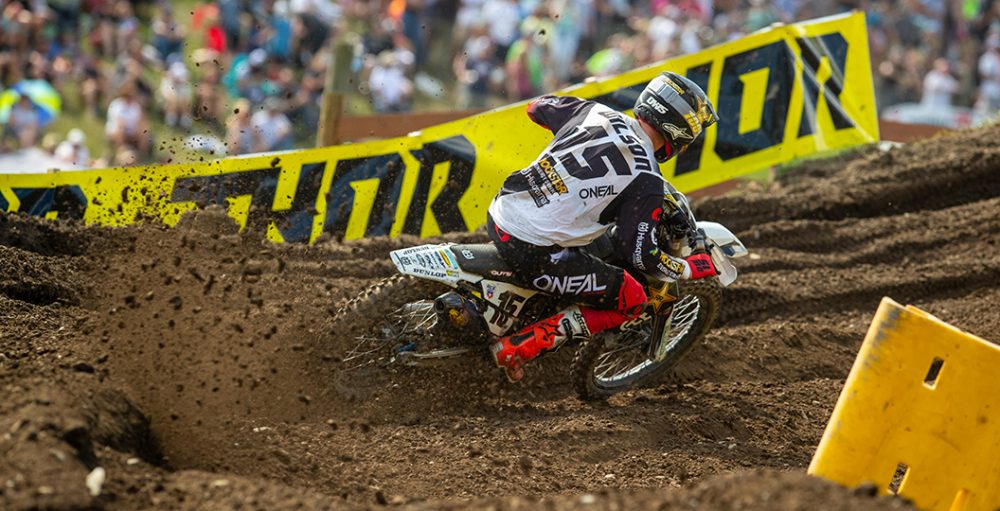 Unadilla was a step forward for Rockstar Energy Husqvarna Factory Racing’s Dean Wilson, despite the fact that he continues to battle the Epstein Barr virus and other health issues. Wilson’s new vlog from the event, round eight of 2021 Lucas Oil Pro Motocross, contains a lot of interesting points. It does not get much more behind the scenes than this! Wilson is now thirteenth in the 450MX championship standings, five points behind Max Anstie in twelfth.

“Unfortunately, I had a fall in the first moto and broke my rear brake pedal, so I ended up getting a fifteenth in that one. The second moto was a little bit better with an eighth, which is actually my best moto score of the year. Two top-ten finishes would have been nice but we are healthy and walking away.”