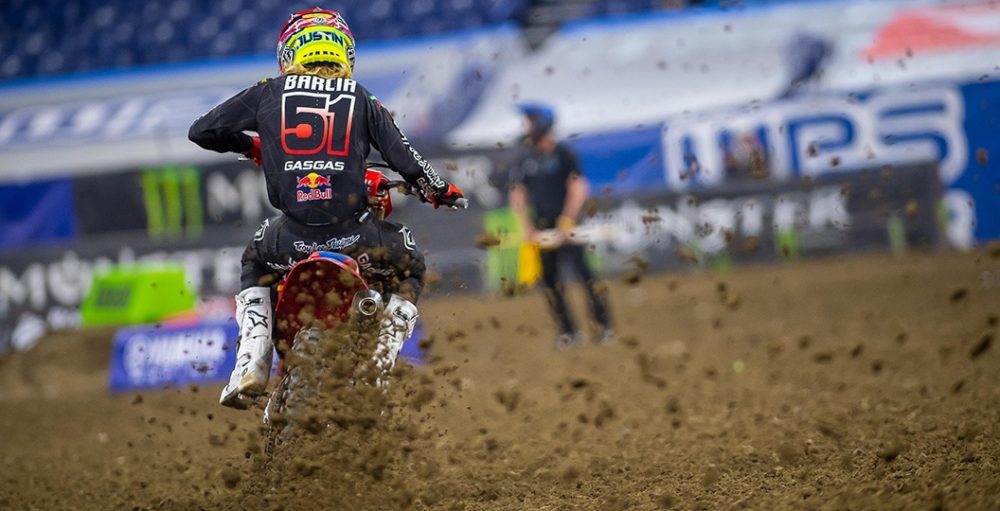 Interesting information from Feld Entertainment, who have revealed that the Indianapolis 1 round of 2021 Monster Energy Supercross was a success on television! Exact figures are in the official communications below.

Indianapolis, Ind. (February 4, 2021) – Round four of the Monster Energy Supercross series, held at Lucas Oil Stadium in Indianapolis, Ind., drew an average of 320K total viewers and a peak audience of 506K, the fourth best delivery on NBCSN since last year’s round 10 race at Daytona International Speedway in Daytona Beach, Fla.

The following day re-air on NBC drew and even more impressive audience, delivering 877K total viewers as the “most-watched”, in-season Supercross telecast (live or re-air) dating back to 2004’s season opener. NBC ranked #7 (out of 137) in the time-period among all broadcast and cable networks with men 25-54.

The series continues this Saturday, February 6 at Lucas Oil Stadium for the final event of the Indianapolis triple-header.