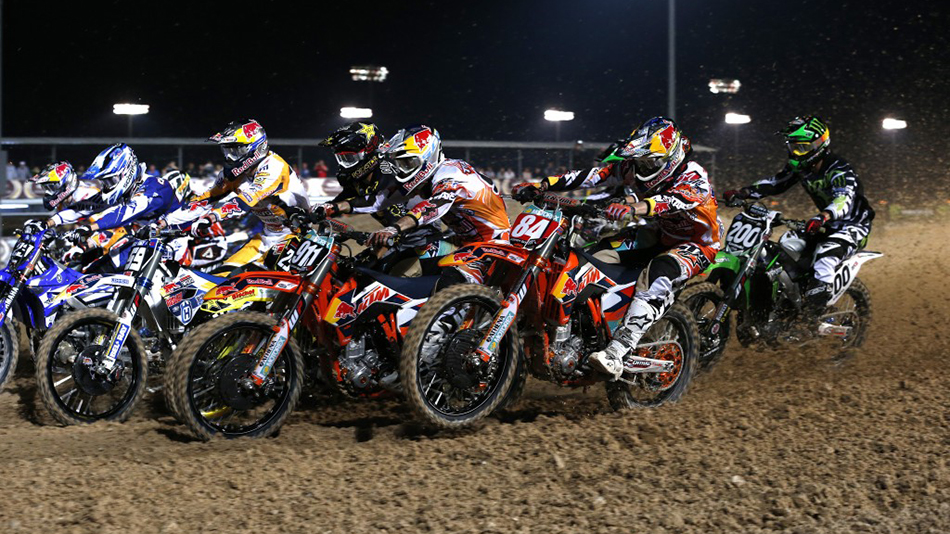 Turning up the heat in Thailand

SI RACHA (Thailand), 05 March 2014 – From the deserts of Qatar to the exotic countryside of Thailand, round two of the FIM Motocross World Championship is set to take place for the second year in succession at the circuit of Si Racha, Thailand. Located in the province of Chonburi, Si Racha is a small municipality that is now widely recognized for its world class MXGP circuit. Meanwhile the province itself (Chonburi) is notorious for its tourism industry as it is homes Thailand’s number one tourist hotspot, Pattaya.

The circuit in Si Racha is located in the Pinthong Industrial Estate 3, and is made from a soft soil which has been locally extracted from a river not far from the track. The track itself is 1,550 meters long, wide and flowing with 18 corners and a series of tricky and massive jumps, one of which was only jumped by two riders in MXGP last year.

Weather conditions are going to be a determining factor in this weekend’s races with temperatures forecasted to be above 30 degrees Celsius and almost 100% humidity.

Last year, the MXGP of Thailand was the second most watched Grand Prix on TV, with more than 83.6 million viewers across 171 countries tuning in to watch. Quick to stamp their authority on the 2013 season, both reigning FIM Motocross World Champions Antonio Cairoli and Jeffrey Herlings went 1-1 in their respective categories to present their team Red Bull KTM Factory Racing with both MXGP and MX2red plates.

Monster Energy Kawasaki Racing Team’s Gautier Paulin will be running the red plate as the series leader after his impressive performance at round one in Qatar. The Frenchman, who placed second here in Si Racha last year, will be looking to go one better when the gates drop this weekend but not without a solid challenge from the stellar MXGP line up he is up against.

After standing on the second step of the podium last weekend, Team HRC’s Max Nagl has proved he is fit, healthy and ready for 2014. This will be the first time riding the circuit of Si Racha for the German since last year he fell ill with a stomach virus around this time. Taking all precautions to avoid getting sick this year, Nagl has flown back to Europe where he can return to his normal day-to-day routine before flying out to Thailand on Friday.

Red Bull KTM Factory Racing’s Antonio Cairoli shone here in Si Racha last year when he took home a double victory. Last weekend, the current World Champion nursed his injured ankle to third overall, although he did admit it didn’t really affect his riding. Nevertheless, a further six days rest will have done it some good and we can expect to see the Italian turn it up a notch this weekend in Si Racha.

Red Bull KTM Factory Racing’s Jeffrey Herlings carries the weight of the world on his shoulders, with the expectation that he will be just as dominant this year as he was in 2013. The reigning MX2 world champ won in Qatar last weekend, although it wasn’t as smooth sailing as expected. This weekend in Thailand, the MX2 ace will be looking to up his game and put in a repeat performance of last year.

A lot of MX2 riders have raised the bar this year and momentarily are looking like genuine threats to the MX2 championship. CLS Kawasaki Monster Energy’s Dylan Ferrandis will be out to prove he’s not a one-race wonder, after winning race one in Qatar and getting sixth in race two for second over all. The young French talent didn’t have the best performance here in Thailand last year, but has already shown he can in fact run the pace and will be out to prove it this weekend.

Wilvo Nestaan Husqvarna Factory Racing’s Romain Febvre had an impressive start to the season last year. The French star took two podium finishes at the opening rounds in 2013 with a third in Qatar and a second here in Thailand. This weekend fans of MXGP will have the opportunity to see just how far he has come as he looks to do the same, if not better.