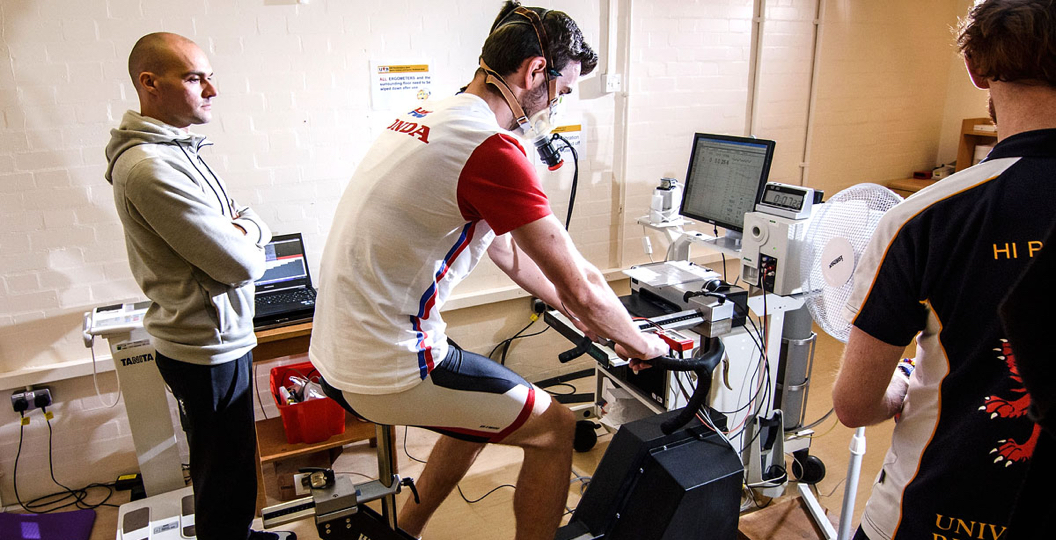 Alan Milway (www.mxfitness.co.uk) has been working with professional athletes since 2004 and started his coaching in British Championship motocross with what was then the Pioneer Yamaha (MBO’s) team and Brad Anderson, alongside a number of top ten riders. He has since worked in professional downhill mountain bike racing and has coached five world champions, including Danny Hart and Gee Atherton, and continues in this sport as coach to Atherton Racing.

Last year Alan returned to coaching top flight motocross riders including Ashley Wilde, Adam Sterry and young prospect Jack Bintcliffe. He has now moved to working with the Buildbase Honda riders and will be looking to help them succeed in 2016. Working with Kristian Whatley, Graeme Irwin and Lewis Trickett as they prepare for 2016, Alan will be giving us an insight into some of the training they have been doing and highlighting some of the challenges faced by top-level motocross athletes…

Training is already underway and we recently completed their first assessment visit at The University of Birmingham’s High Performance Department. This first meeting is important to clarify each individual’s starting point in terms of fitness, mobility, strength and any limitations they may have to get to know the similarities and differences between each rider. Sometimes these are similar across the board, but quite often there are specific areas of strength or weakness that one rider will need to address more than another.

Injury history is always important to understand, especially so for a motocross rider, as injuries can be very serious and often numerous. For example Lewis has suffered from two hip dislocations, so I wanted to be clear how this may have affected him and how we can improve mobility in this area to possibly mitigate any further problems for him in the future. Quite often we see an imbalance caused by a previous injury, and the rider doesn’t even realize they haven’t fully rehabilitated an injury.

At this time of year, when I assess their strength and aerobic capacity, I want to be clear on their current performance levels and compare differences between riders so training is set for each individual. Graeme has a very strong cycling background, as a good example, and this showed in the aerobic cycling test; he reached an impressive level. However, all of this focus on the cycling has left some gaps in other areas when we think about producing a motocross athlete, so we can change the focus for him slightly knowing he has such a good aerobic base to work from.

The guys all get on well together. Kristian and Lewis are good friends, so this makes a great dynamic to training sessions as they can be kept light hearted, but as with all good professional athletes they are here for one reason only and that is to get fitter and stronger. They want to win and this is clear when we get down to training.

Since this visit they are now into specific training and initial training plans have been set for the riders. We have all trained together since the assessment day and following this they are off to some different locations to get a good block of work in before we gradually build up to Christmas.