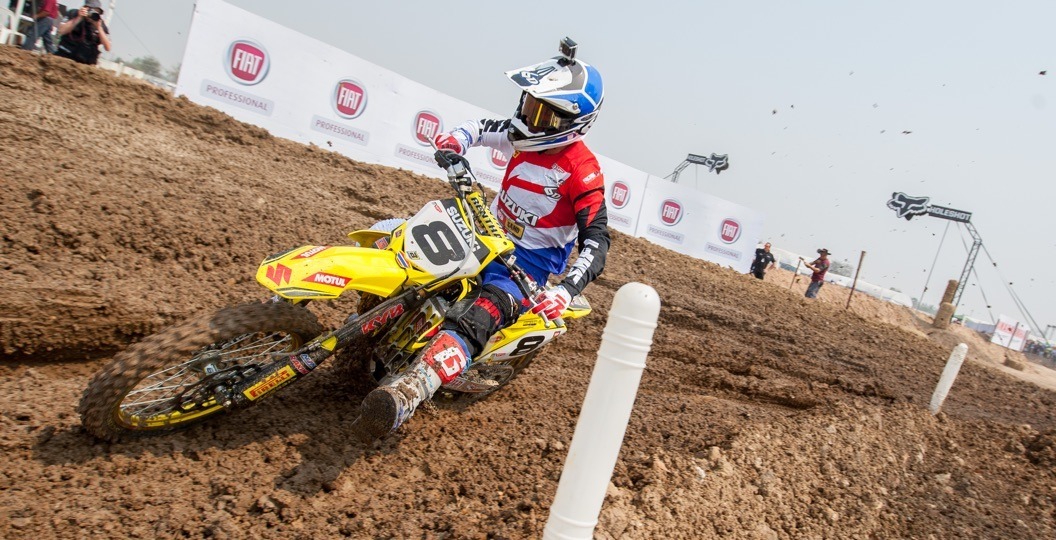 Townley out of Argentina

Team Suzuki World MXGP today fly out of Amsterdam for the long trip to Neuquen, Argentina for the fourth round of the 2016 FIM MXGP Motocross World Championship and will travel without Ben Townley.

The 31 year old is still physically weak from the virus he suffered prior to the Grand Prix of Europe over Easter weekend and decided together with team management to convalesce and miss the Argentine and Mexican rounds in the 10 days.

“Ben was sick before Valkenswaard and since then has still been very tired and is sleeping a lot,” commented General Manager Stefan Everts. “We made some blood tests and checks and all seemed OK but he is still so lethargic and very drained. Ben headed home and we made a late decision that it is important for him to get healthy and fit so he will sit out these two flyaways.”

The team sent the factory RM-Z450Ws by freight the day after the last Grand Prix at Valkenswaard in Holland and despite the machinery already being in South America have elected not to substitute the New Zealander. “We had a look but finally we will not run another rider at these events,” Everts added.

Kevin Strijbos will therefore make his first appearance around the fast and undulating curves of the volcanic earth-based layout just outside of Villa La Angostura alone. The Belgian missed the inaugural Grand Prix at the site in 2015 due to injury but now heads into a new challenge fit and building confidence after some promising speed at Valkenswaard.

“We’ve done some riding with the same bike we raced at Valkenswaard as the other bikes were crated and sent to Argentina, so we’ve done quite a few laps and I’m happy,” #‘22’ said. “I think we are due some more tests after Mexico but it depends on what we have coming through.”

“I saw the GP in Argentina on the TV last year and I’ve also watched a few videos this week,” he goes on. “The track looks good; almost sandy but without the big bumps and possibly quite hard ground underneath. I’m looking forward to trying it and to see what we can do.”

The first obstacle to overcome for Team Suzuki will be the arduous journey to arrive to Villa La Angostura that involves a long haul to Buenos Aires, a skip through the capital city and another flight to Bariloche before a commute to the circuit. “It does look like a long one but all the riders and teams have to go through the same,” reasoned Strijbos. “I just want to rest as much as possible and make sure I’m in the best shape I can be for the weekend.”

Neuquen was extremely well received last year. The new build earned a thumbs-up from the riders largely thanks to the soft, sand-like terrain and options for passing. The event was also extremely busy with the typically passionate and vocal Argentine crowd creating a fantastic atmosphere. There is already anticipation that the Grand Prix circuit will be full to capacity and with local organisers creating more viewing access within the infield to intensify the ambience in and around the forest-set track. For Team Suzuki World MX2’s Jeremy Seewer it means a return to a happy hunting ground as the Swiss recorded his first Grand Prix podium finish in Argentina 12 months ago.

“Yeah, it is a good track for me and I have some great memories from there,” he said. “Everything about the Grand Prix is cool; the organisation, the people, the area. It has a special atmosphere. The track is also a little unique. It is fast and wide but also has this dirt that you cannot really find in Europe. That volcanic texture is not really sand but it isn’t hard-pack either. I think everyone liked it last year and despite the feeling of high speed and some nice, big jumps, the track wasn’t dangerous.”

Seewer is a pre-event favourite for the top three once more and if the 21 year old makes it, then it will be his third podium in a row this season. He currently occupies joint-second in the MX2 World Championship standings and is enjoying the best patch of form and speed in his third year at GP level.

“Everything is going pretty good and I’m happy but you also have to be a bit careful because anything can happen and we saw that last weekend with the injury to Brent Van Doninck (Seewer’s MX2 peer dislocated his hip). My speed and fitness is on a good level and I’ll try to keep consistent and safe.”

Bright conditions are forecast for the weekend with temperatures touching 20 degrees. Immediately after the second ever Grand Prix at Neuquen, MXGP flies north and to Leon, Mexico for round five the following weekend.