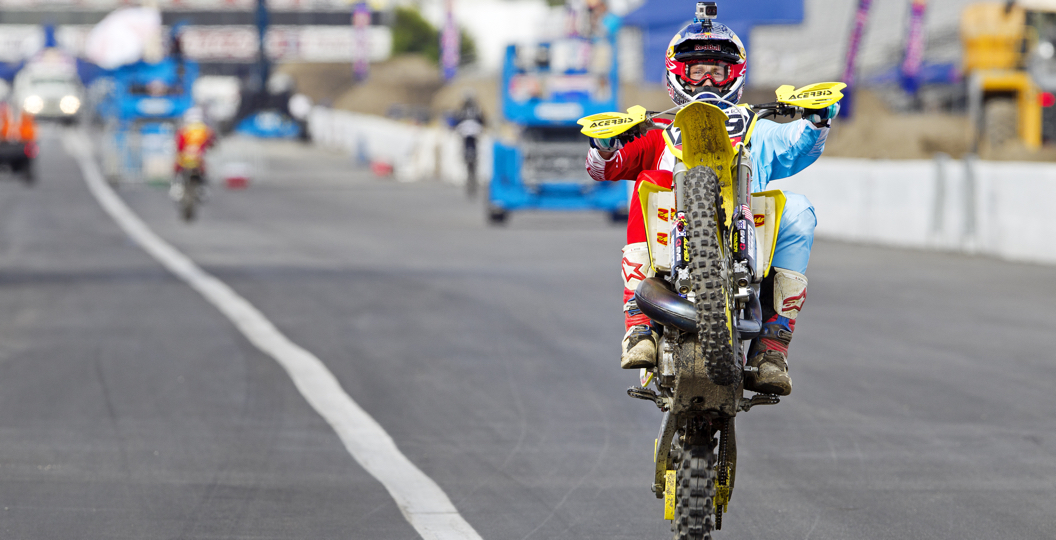 In this day and age, everyone loves to watch a video. We understand that not all of you like to sit down and read a detailed article, hence why we aim to keep the video section of this site well populated. Which videos were watched the most on MX Vice this year? Well, here is the top five.

Honestly I am quite surprised that a Ronnie Mac video is not higher up on this list, as it seems to appeal to everyone. Who doesn’t love some goon riding and two-strokes? What made this particular video so popular? Who knows, but it features as number five on this list! If we had extended this list to include the top ten, there would have been another two videos from Ronnie Mac. Ronnie really does have a life of his own! You can watch the fifth most popular video here.

Robbie Maddison has certainly found a nice in the sport and, consequently, he has become a modern-day Evel Knievel. In recent years he has done some amazing stuff and most are on their edge of their seat waiting to see what he is going to do next. So, when Skullcandy released this video entitled “Robbie Maddison’s Drop In”, you all seemed to jump on it! Nothing we can say here will do the video justice, so you may as well just go and watch it here.

I’m happy to see this video on the list, as it is also one of my personal favourites. The Manjiump 15000 is a well-known race that takes place in Australia annually and, this year, they managed to attract some big names. The guys at MotoSport followed Ben Townley, Nick Wey and Brett Cue throughout their Australian trip and put together this seventeen-minute video, documenting their journey. It is a great behind the scenes look and also prompts plenty of laughs! You can watch the third most popular video here.

Again, this is not surprising in the slightest. Travis Pastrana is a huge draw around the world, especially when he is experimenting with a new, crazy trick. This is exactly what this video is all about, as the Nitro Circus guys put together an incredibly big ramp, which Travis then hit at a ridiculous speed. We don’t want to spoil it, as you’re jaw is bound to drop when you watch it here.

This video was insanely popular; I still can’t believe it now, looking back on the stats. When Ricky Carmichael was over for the European RCU, he hopped on an 85cc and did some laps, which is the subject of this video. Now, it seemed that everyone wanted to see how this went. But, if you were one of the few that missed it, you can watch it here.