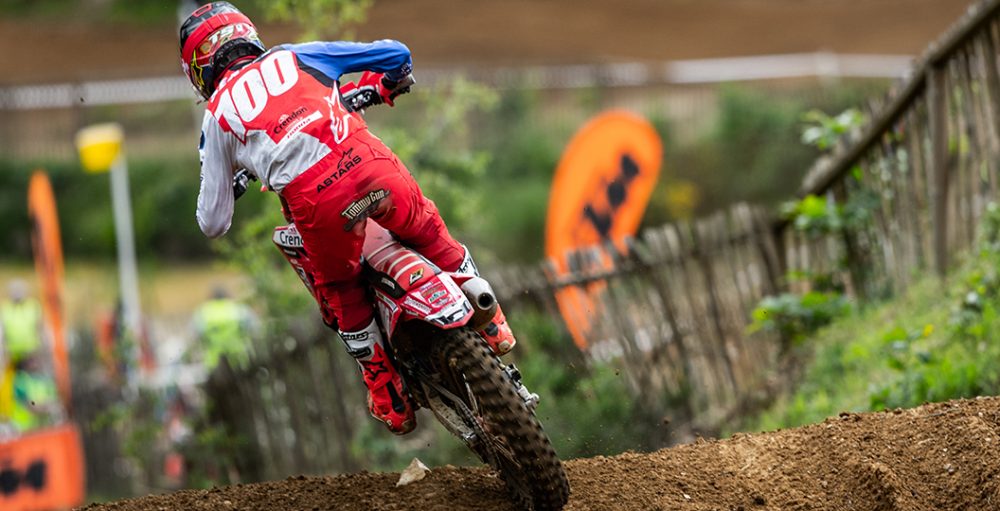 Tommy Searle 2022 contract news! Searle will continue to race in the United Kingdom with Crendon Fastrack Honda, a team managed by Dave Thorpe. Searle will race in the ACU British Championship and MX Nationals UK series. 2022 will mark the third term in which he has committed himself to the domestic scene. Crendon Fastrack Honda also confirmed that they have re-signed Jake Nicholls for 2022. Official communication is below.

Tommy Searle and Jake Nicholls have signed to stay with the Crendon Fastrack Honda team in 2022. The squad, backed by one of the UK’s leading timber engineering company Crendon, will again contest the UK’s two highest-level series, the ACU British Championship and MX Nationals.

For Derbyshire-based Tommy Searle, it will be his third year with the Honda team which is run by triple world 500 champion Dave Thorpe. In his debut 2020 season, Searle won the only professional championship to run in the UK, the MX Nationals. In 2021, riding the all-new Honda CRF450R, he is currently at the top of the points table in the ACU British Championship. The penultimate round at Duns in Scotland is on Sunday.

Tommy Searle: “I’m really happy to be staying with Dave Thorpe and the Crendon Fastrack Honda team for another year. Everyone there really puts in 100% week in, week out and I’m pleased to be a part of it again in 2022.”

Nicholls stays with Honda for his fifth consecutive year in 2022. The Suffolk-based former MXGP rider is currently recovering from a shoulder injury that has kept him off the bike for most of this season. He will not contest the final two ACU British Championship rounds in a bid to be fully fit for next year.

Dave Thorpe (Team Manager): “As always our goal is to be the dominant team in British championship racing and with Tommy and Jake we have everything in place to continue with that. We have the best machinery, best mechanics and best technical partners.

“With Tommy Searle, he is in a great place now as we head into the last two rounds of the season. After some test sessions he’s confident the bike is fully dialled in and he’s really hitting his best form of the year.

“Jake Nicholls has been able to ride but a nerve problem is his shoulder means he’s not 100% for British championship races so he will now focus on the 2022 season.”

With Honda revealing an all-new CRF250R for 2022, the team’s plans for the MX2 series will be unveiled shortly.