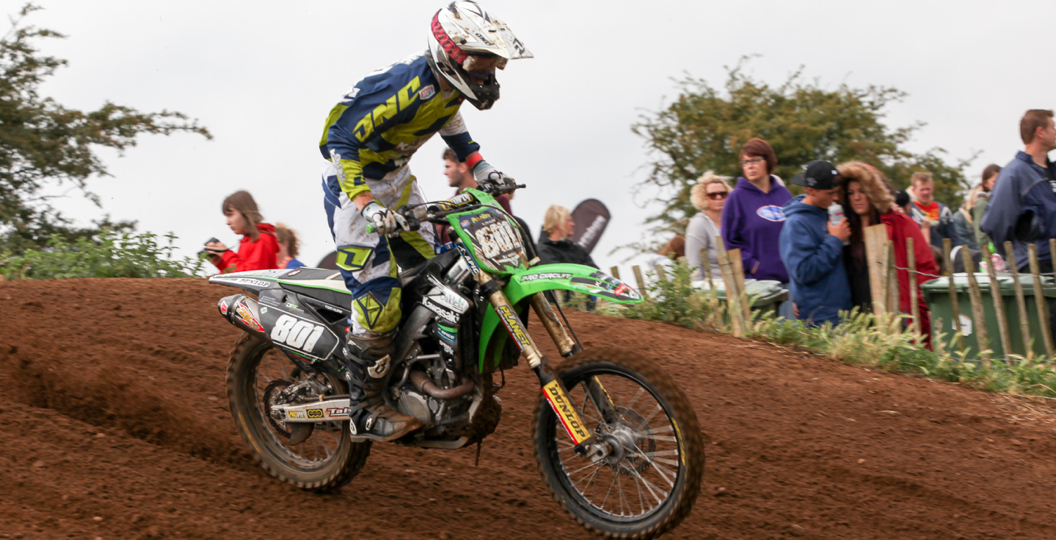 The GT Cup championship came to its conclusion at Culham MX Park in Oxfordshire this past weekend. For Oakleaf Academy’s Tom Hume, the season has not been easy, but it ended with him in ninth in the championship, a very respectable result for the youngster.

Saturday morning’s qualifying took place under overcast skies which would develop into some severe thunderstorms later in the day; Tom clocked in in seventeenth at the end of the session.

With heavy thunderstorms moving through the area, the track became waterlogged and muddy. In his first race, Tom got through the first corner melée without incident, but soon after he found himself on the ground. Quickly recovering, he was back in fourteenth in no time at all, only to go down again, harder this time, ending the race outside the points. The second race on the day saw Tom starting in mid-pack. Quick to move up, he was back in fifteenth when he went down a second time. With only two laps to go, he moved back into the points.

Sunday saw much improved weather, and with it, Tom’s racing improved too. The first race of the day had Tom settled into a consistent thirteenth place to the end, while the second was another fight back from the back of the pack that ended in fifteenth. The final race also ended just outside the top ten, in twelfth, after a strong mid-race spurt allowed Tom to leapfrog four rivals in two laps.

With all five races tallied up, Tom ended the round in sixteenth, but it also cemented his ninth place in the championship.

I’m coming away from the last round of the GT Cup with a ninth overall, and I’m happy with that because I was not expecting it. The season’s been quite tough considering that I’m one of the youngest, so I’m pretty much over the moon with the result.

I’m really pleased for Tom. He had a big decision to make at the end of last season only having had one season on the 85cc; he grew too big for the bike so an instant step up to the 250F was always going to be a massive move, however he has succeeded in his quest in achieving a ninth overall in his main championship, the GT Cup, against good opposition. He has been constant all year and consistency is a definite positive to take away from his first year in the rookies.