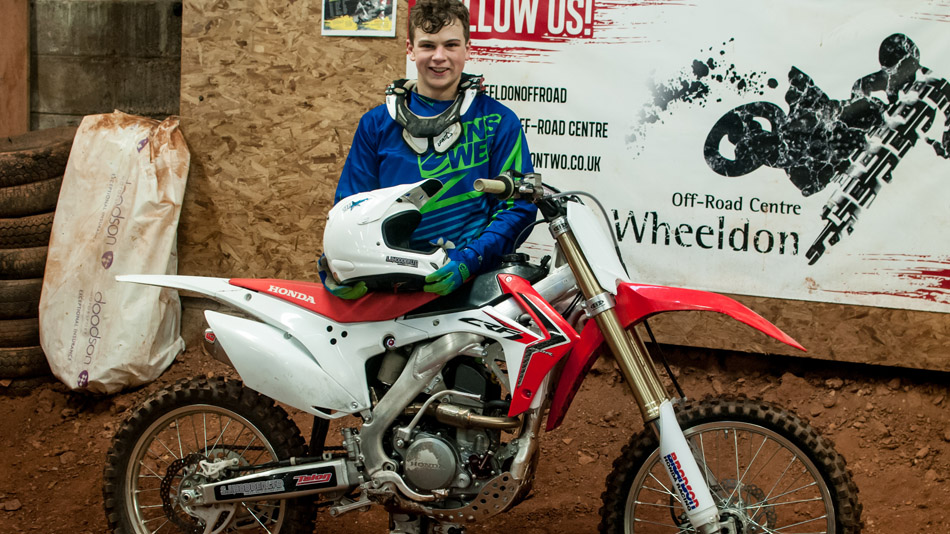 Former Team Green Rider Todd Kellett has made the switch to Honda for the 2014 season.

After a solid first season in the rookie class at the Redbull Pro Nationals, Todd came away with 5th overall with two overall podiums finishes and hopes to improve on this in the up coming season after putting in a solid off season on the bike.

First stop for Todd in 2014 is this weekend at the first round of the Arenacross in Belfast where Todd will be competing in the rookie class.

Todd will be competing in the British Maxxis MXY2 Class and the Redbull Elite Youth Cup for 2014 along with other selected events.

“ We would like to thank Bransons of Honda UK for stepping in late, Rob at Talon, Scott at Apico, MS Racing and Pirelli for all supporting Todd in 2014. We are all looking forward to the year ahead on the new machine.

“ I had a very good first rookie year and now feel really comfortable on the new Honda CRF 250, I’m excited to start the arenacross series but I have no major expectations as it’s a new type of racing for me. I intend to race the Maxxis in MXY2 class and the Redbull Elite Youth Cup in the rookies class, I’m looking forward to this, and I want to do the best I can. I would just like to say a big thanks to S.J.Hodder, Talon and Apico for making it all possible “