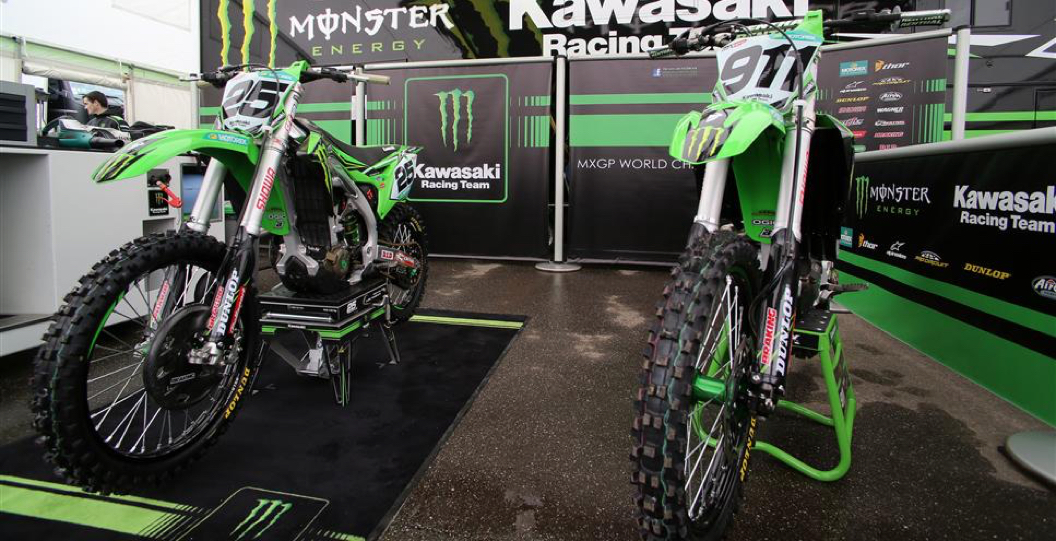 It is hard to believe that the stacked MXGP class is actually missing some elite names, but that is indeed his case. Jordi Tixier, of the Monster Energy KRT team, underwent surgery in the weeks prior to the Qatari GP in an effort to resurrect the wrist issue that he has been dealing with since Mantova last year. The Frenchman is getting closer to a return, however, the team has confirmed.

Jordi Tixier has been given medical clearance to start riding his factory KX450F-SR Kawasaki within the next two weeks following successful surgery on the wrist he broke at Mantova last year.


The Monster Energy Kawasaki Racing Team rider attended the Grand Prix of Europe last weekend, and spent time with the staff of his new team after being forced to postpone his MXGP debut. It was the first public appearance of Jordi for a long time, and he also spent time with the fans and members of the media who sought updated news. But Jordi, who has been wearing a wrist plaster since his most recent surgery, still had to wait a few more days to learn his immediate future.

On Wednesday he visited Professor Christophe Mathoulin, a leading European hand surgeon who undertook the second surgery in February, and got the ‘green light’ to start his recuperation. According to Professor Mathoulin the ligament has now knitted together again and Jordi can restart his normal physical training as a prelude to getting back on the bike mid-April. Then, depending on the feeling he has on his Kawasaki, he will plan his racing comeback together with the team in the near future.

Jordi Tixier: “I didn’t really know what to expect when I visited my doctor on Wednesday, and I was very surprised when he told me that I could start sporting activity immediately and be back on a bike in two weeks time ! I was not expecting such good news after eight months of double surgery and recovery with a plaster on my wrist. It has been difficult to accept even if we know how tough our sport can be, but of course I have now a very strong motivation.

“The medical examination revealed that the ligament is repaired, and the bones are now in place; I just took of the plaster this week so now I need to work on my wrist mobility. Physically I never stopped working in a sport centre so I am fit, it’s just a question of strength in my wrist. The plan is to start riding on soft tracks mid-April, and depending of the feeling and the pain then we’ll decide with the team when I will be back racing.

“It was good to be in Valkenswaard last weekend; for sure it’s never nice to have to watch the races but I was happy to meet the team members and spend some time with them, our sponsors, the fans and the press. I haven’t riden my bike for several weeks so it’s difficult to know what to expect from my first races, especially in a new class, but I’m confident.”