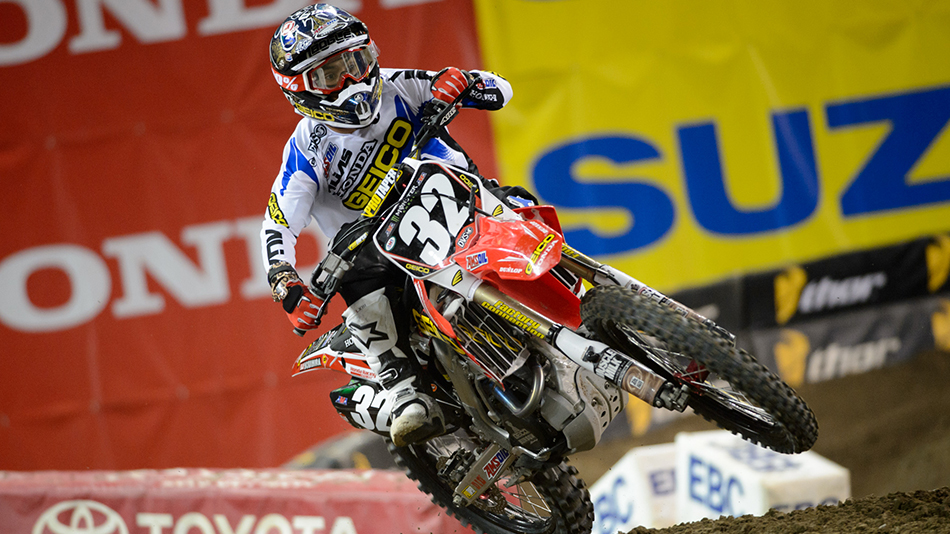 Obviously, James Stewart was the fastest 450SX rider in Toronto, as he managed to move up from outside of the top ten to take a dominant victory. This was arguably his most dominant performance in five years; he was on another level! We rarely see someone come from such a poor start to take the win, especially with the field as stacked as it is. Stewart made his move for the lead on lap fifteen, hence why both riders lap times were a little higher on that lap. The fact that JS7 put in two fifty-one second lap times in the time period highlighted above is a testament to his raw speed, as Justin (the early race leader) was nowhere near that.

Honestly, Barcia must be quite frustrated that he could not close the deal, and claim his first win in eleven months. But, if you looked at how his season has gone thus far, he must have been relieved to show that he can still challenge for wins, as some people were beginning to doubt that. Strangely, his times were inconsistent, which may be a result of back markers, and also a bit of fatigue, as I am sure he exerted a lot of energy trying to sprint away at the front early on.

It is hardly surprising that Justin Bogle won the 250SX main event in Toronto. With Adam Cianciarulo out of action, the door was open, and Bogle has been on the rise. Obviously a good start helped, and he then registered consistent laps – he didn’t get swept up in the situation. If Martin Davalos had not made a minor mistake, he could have challenged Justin, I believe. But, as he has done many, many times, Davalos did crash, which restricted him in the results.

Obviously, the title fight is now wide open, but I just cannot see Martin winning the title, because of mistakes like that. It is bizarre, but he just cannot avoid these silly little falls! Justin is certainly a contender, and he is on a roll at the moment, so he could be in the driving seat, despite the fact that he is in third currently. Of course, all of this is assuming that AC is not going to be in a position to continue fighting at the front. But Cianciarulo will hopefully be back; he deserves the title!