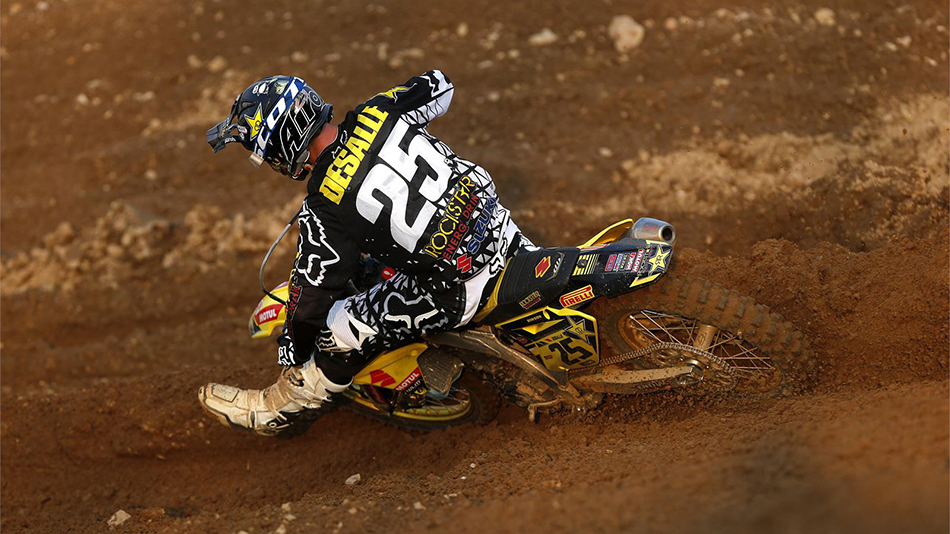 The Time Sheets: GP of Thailand

At the GP of Thailand, the weather was a large factor in the results, and the lap times; a lot of riders struggled to maintain a consistent pace for the duration of a moto. So with that in mind, ‘The Time Sheets’ is particularly interesting this week – there are a lot of conclusions that we can draw from the charts. So, without further ado, let’s jump in.

Following the GP of Qatar, Max Anstie made some very bold statements to the press, which certainly made a lot of people sit up and take notice of him. Of course, we all wanted to see if he really was faster than Herlings, like he claimed, in Thailand, but it did not work out that way. Max again took the holeshot in the second race, and immediately set out to establish a gap over the rest of the field. Although he did have a healthy advantage at one point, I was a bit concerned that he had pushed too hard too soon, and whether he would make it to the line without tiring.

In the end, Max did visibly tire around lap ten, which is the same lap Herlings got around the British rider. Now, I do not think this is a coincidence. I think that Jeffrey saw Anstie begin to make some mistakes, which surely prompted him to make the pass. On the tenth lap, Anstie was three seconds slower than Herlings; it was quite clear that the Red Bull KTM rider broke him. Although Max did start to rebound (he cut a couple of seconds off of his lap in the next laps) he lost sight of the reigning champion quite quickly.

However, the BikeIt Cosworth Yamaha rider can find comfort in the fact that he once again ran Herlings’ place (although it was for a shorter period of time). Max also found his way onto the overall podium for the first since Lierop in 2012. Things still look good for Anstie – it will be most intriguing to watch his progress.

Interestingly, this comparison is quite similar to the one above from the MX2 class. Clement immediately attempted to establish some kind of gap in the second MXGP moto. Eventually Cairoli moved into second and continuously chipped away at his lead before making a move on lap thirteen, which clearly broke the Belgian – his lap times increased by five seconds!

When Antonio passed Clement Desalle, he was running a much faster pace, but then his lap times slipped a little bit. Now was this a coincidence or did Cairoli relax, because he noticed that Desalle was no longer a threat? I believe it is the latter. There are two reasons why the Belgian’s lap times altered so much. Obviously, the heat did get to him a little bit, but the high-octane fuel that he was running caused his bike to lose power.

In the latter stages of the moto, Kevin Strijbos ran into this exact issue, so it was an issue for his team, clearly. There is always more to the results than meets the eye. Of course, it also is not surprising that Cairoli was so much faster in the closing stages, as this has always been his greatest strength.