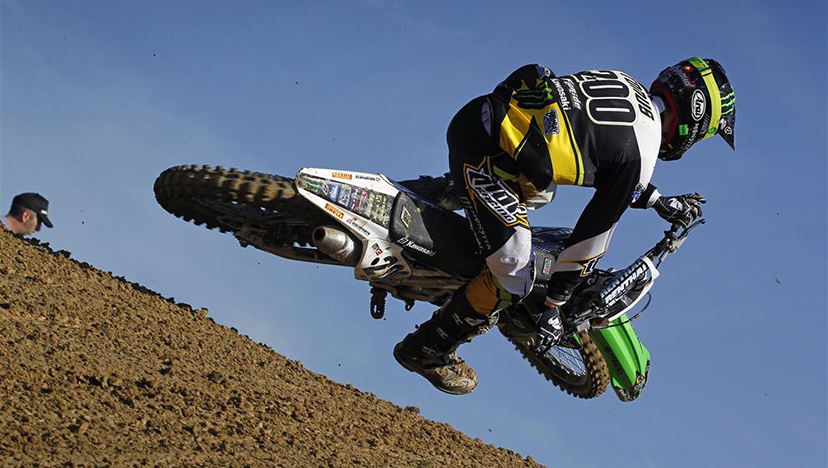 The Time Sheets: GP of Spain

Surprisingly, Clement Desalle thrived on the hard, slick Spanish track of Talavera de la Reina this past weekend – he took a comfortable victory in both motos, despite the fact that the competition was fierce. On the Saturday, Desalle had some bad stomach cramps, so even he was surprised by his ability in the points paying races. At the end of race two, he was going all out in an attempt to beat Antonio Cairoli, as they were separated by just a couple of seconds. Although most anticipated another late race charge from the Sicilian, Clement stayed strong and maintained the gap. It actually looked liked Clement was more comfortable going that speed, as Cairoli was ragged and making a lot of mistakes.

The times support this: Clement was faster than his rival. He would have had to deal with a few more things whilst leading, as he would have had a tough time getting around the back-markers, and had to cope with a lot of pressure. But he was unfazed, evidently. In the time scale highlighted above, the Belgian was faster on a majority of the laps, although the gaps were relatively small. The thirteenth lap was a pivotal one, as Desalle almost gained a full second, which is a lot of time in a single lap.

Now, we are going to a track that Clement won on in 2013, which should aid his confidence going in. With this momentum behind him, he could potentially go on a roll. But, after missing the overall podium in Spain, Cairoli will not take any prisoners; the British GP is going to be an interesting one!

Arnaud Tonus is undoubtedly Jeffrey Herlings’ closest challenger. However, he still has a lot of work to do, evidently. The Spanish GP track is one that should have suited Tonus; his smooth style was perfect for the slick surface. But, Jeffrey was extremely dominant – just look at the times! On a good lap he could keep his times within a second and a half of Herlings, but other than that he could not get close to him. Interestingly, Red Bull KTM were surprised by how dominant their guy was, and so was I – to establish a thirty-two second lead after starting with Arnaud is quite impressive.

Now, Jeffrey has a commanding points lead in the standings, and it is going to take something disastrous to stop him from taking his third successive MX2 world championship, in my opinion. Tonus just doesn’t have the raw speed to match him, at the moment, which is a shame. For a second there, it looked like there might be a guy that could challenge Herlings, but that isn’t the case now.