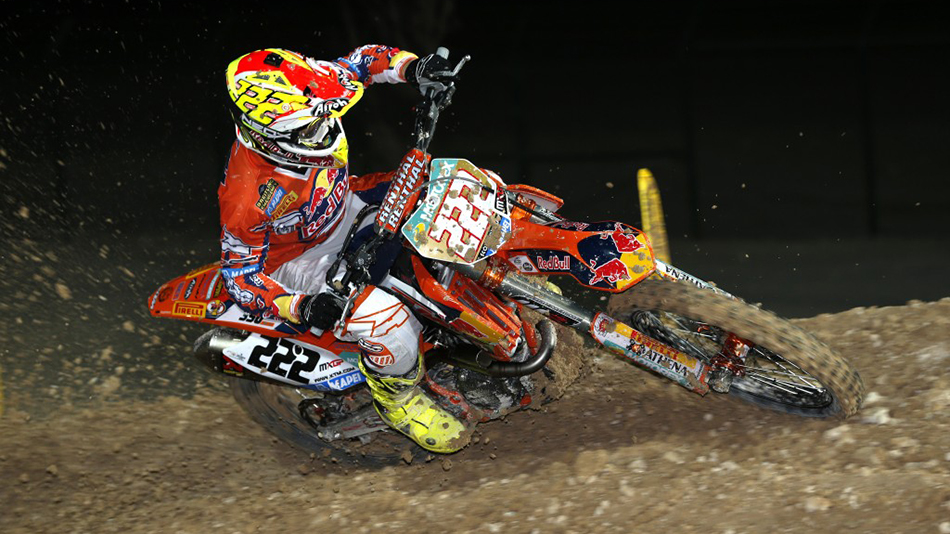 The Time Sheets: GP of Qatar

When Dylan Ferrandis crossed the finish line to mark his first triumph in an MX2 moto, most fans, including myself, were rendered speechless. Although we all dream about a highly competitive season with multiple race winners, we all know deep inside that Jeffrey Herlings is the undoubted favourite. I mean, even the lap times indicate this! Although Ferrandis sits aboard the results sheet as the winner, the times show that he certainly was not the fastest rider on-track.

However, that does not mean that no one else was close to Herlings’ speed, as Max Anstie proved that he could match his pace. Of course, the results did not materialise for Max, because of bad luck, but the potential is there for everyone to see. Jeffrey did set his fastest lap much later in the race, so he had to contend with a rougher track and fatigue, but the point stands.

Honestly, I was really quite surprised by how much slower Ferrandis’ fastest lap time was; I thought that Dylan would be a little closer to Herlings’ pace. But, he was faster than the riders that he battled with for the duration of the race, which was what he needed to do. Of course, his time may indicate that his win came down to the fact that he put himself in the right position, but that is all part of the race, so you cannot discredit him for that.

Arnaud Tonus had the third fastest lap time of the race, but he was only slightly faster than his French teammate. However, Tonus did this whilst fighting his way through the pack, as he went down in a heap on the first lap . Arnaud proved that he has the pace to contend in the second moto, too, which will be pivotal for his mindset moving forward.

From the group of riders’ times collected for the above table, Jose Butron had the slowest best lap time, which is not surprising, as he appeared to be holding up the riders behind him for the most part. This does seem to be a common occurrence, as the Spaniard often has a great start, but struggles to match the pace of the leaders. Of course, he is a podium contender, but not consistently – these times prove that he is not the complete package at the moment.

Okay, the first thing that we can take from this is that Max Nagl was deserving of the moto one victory, and had the speed (and conditioning) needed to achieve such a feat. In 2013, consistency certainly was not his strong point, but that issue seems to be rectified. I am surprised that his times did not waver, as you would presume that the pressure would have had an affect on him. After all, he had not won a race for a couple of years. But, he got the job done, and it was brilliant to see.

Although Antonio Cairoli came into the race with a small ankle injury, I did not expect it to hinder him much, and it didn’t. In fact, Cairoli was stronger as the race wore on, as usual. Antonio moved into second on lap sixteen, and then immediately dropped the hammer in an attempt to demote Nagl. However, despite the fact that he was more than a second faster, he did not really get close enough to threaten the German. I am surprised that Cairoli’s times varied so much, but the fact that he was in a battle would have prompted this.

Sure, Cairoli did not win a moto at the GP of Qatar. However, if there is one thing that you can take from the event, it is that he is just as strong, and can still run a pace that is faster than his competitors – the table above supports this.