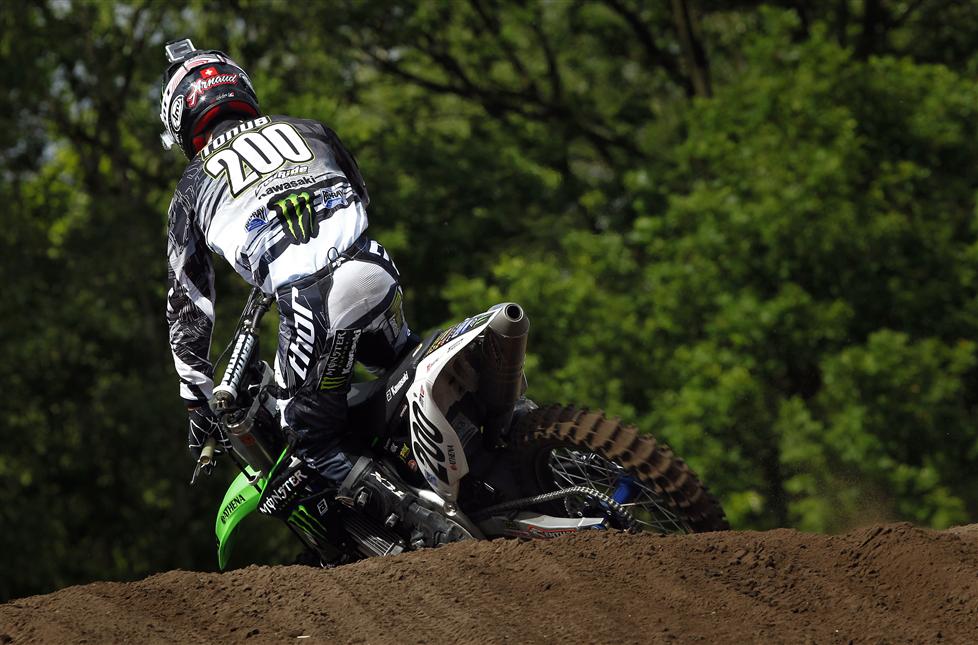 The Time Sheets: GP of the Netherlands

Valkenswaard, in the Netherlands, hosted round six of the 2014 FIM Motocross World Championship this past weekend, and there was a sea of orange on the top of the box, as Antonio Cairoli and Jeffrey Herlings were dominant, as you would expect.

Although Antonio Cairoli failed to win the opening race at Valkenswaard, it really was an heroic ride, as he shouldn’t have been able to finish, but he did. Cairoli broke some spokes in his front wheel very early on, but then the wheel buckled with just a couple of laps to go. At that point, the front end was snaking going into every corner, and made it extremely difficult for him to stay upright. Despite this, he was still launching off of some jumps, and forcing the issue as much as he could. It is those rides that make a champion, not many other riders would have been able to handle the situation as well as Cairoli.

Gautier Paulin was the benefactor of this situation, as he rode straight passed Cairoli, and took the moto win (his fourth of the year). Antonio had some inconsistent times from lap ten onwards, which was undoubtedly down to how unpredictable his front wheel was. Impressively he was still just as quick as the Frenchman on some laps, which was why the gap did not come down as fast as you would think. However, as soon as the situation worsened, Paulin was nipping at his heels within a matter of seconds.

Of course, Cairoli seemingly backed it down in the final two laps, as the risk was too high. So, he dropped to third. But still, it is quite incredible that he salvaged a podium position in these extreme circumstances. In moto two, Antonio was back to winning ways, whilst Gautier bit the dirt and injured his collarbone and thumb, unfortunately. There is no timetable on his return, currently.

When acquiring the statistics for this section, I did not expect to see close lap times and an interesting battle for the lead. If Jeffrey Herlings is present at a sand race, you just aren’t going to get that. But still, I’m surprised that Arnaud Tonus’ times were so far off. At this point, Arnaud may have thrown in the towel, and settled for second. However, Herlings would have backed off too, undoubtedly.

Unfortunately, Tonus has allowed Jeffrey to gain a lot of momentum in recent weeks, which is going to make it extremely difficult for him to challenge for the title. In fact, I would argue that the only way Tonus is going to win this championship is if another disaster strikes for Herlings, and what are the chances of that happening? The Dutchman is much more smoother, and in control, nowadays, which was his downfall in the past. I feel like a few fans are overlooking the improvement that the Swiss rider has made, as he is clearly the second best rider in the class – he has never been in that spot before.