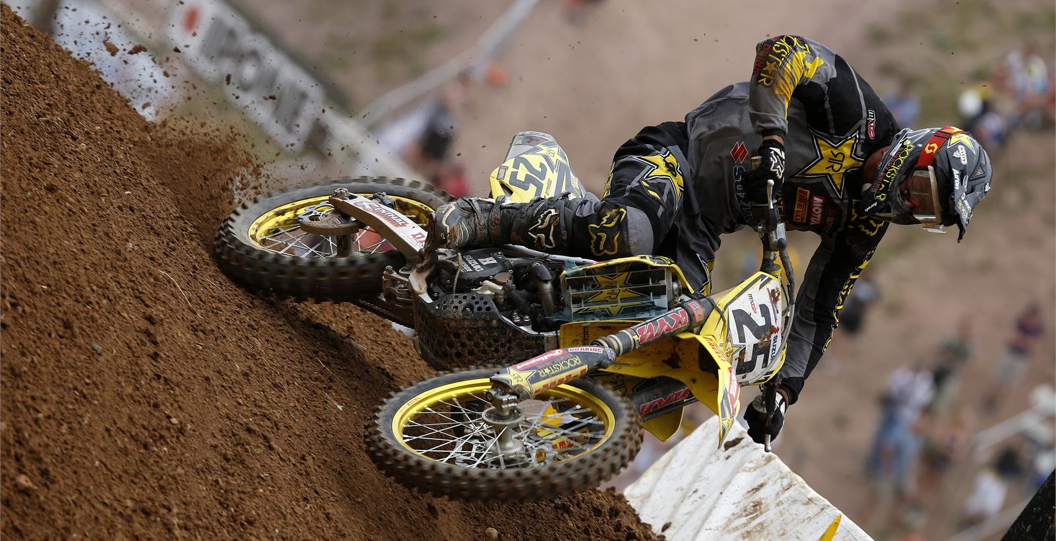 The Time Sheets: GP of Italy

Honestly, my interest in the MXGP series spiked in the days leading up to the Italian GP, as the premier class title fight, between the two protagonists, was gaining pace. Clement Desalle was proving to be a worthy challenger, and was rapidly gaining momentum. However, his forward progress was halted in moto one on Sunday, as he had a big crash (one of the biggest that I have seen this year) and lost thirty seconds. Unfortunately, this cost him a chunk of points, and just like that, the cards are now stacked against him.

But, before we tackle that, let’s revisit what went on in the laps prior to that incident. It was always going to be tough for Clement to top the podium in Italy, where his rival is a national hero. However, it seemed like a realistic possibility after the first couple of laps, as he consistently cut into the gap that Cairoli had, as the above times showcase. Whether Clement would have won remains to be seen, but, I think he would have, honestly. The Belgian is clearly fast enough, we just need to hope that his wrist injury is not something that will continue to hinder him, and he will be back to best this weekend in Germany.

Honestly, he needs to be, as he has to overcome a thirty-eight point deficit if he wants to get his hands on the red plate. In reality, he can’t let Cairoli extend the gap any further, and he has to hope that some minor misfortune will strike him [like a bike problem]. Jeremy van Horebeek is also right behind his countryman now, so this is the time where Desalle is really going to show what he is made of.

Quietly, there is an intriguing battle for third in the MX2 championship forming between three countrymen; Jordi Tixier, Romain Febvre and Dylan Ferrandis. It seems the fight will come down to Jordi and Romain, who have spent a lot of time together on-track in recent weeks. They were battling it out once again in the first MX2 moto, which was a highlight of the race for most, as the top two separated themselves. Febvre has shown consistent speed in recent weeks, but various incidents have restricted him; the same rang true in Italy.

If you look at the above times, it is quite clear that Romain was the faster of the two, although consistency was lacking from his times. In comparison, Jordi did not have the raw pace, but he was remarkably consistent – there is a clear difference between the two. Unfortunately, a small fall once again hindered Romain, so he missed the overall podium, which is where he should be most weeks, in my opinion.