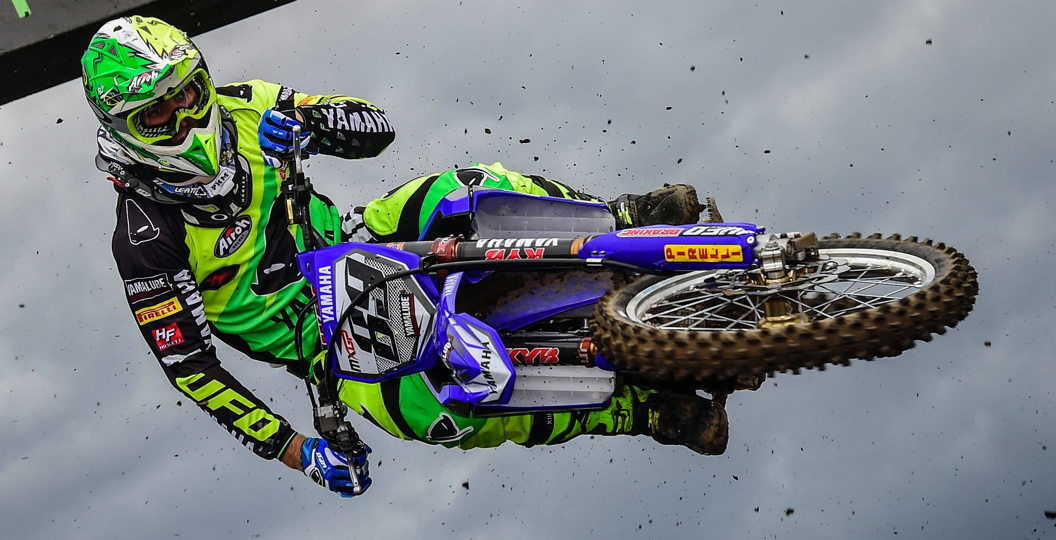 The Time Sheets: GP of Germany

The race that Jeremy van Horebeek and Antonio Cairoli had in the opening MXGP encounter was arguably one of the greatest battles that we have seen this year, as the seven-time world champion constantly attempted to squeeze around his friend. I actually found this battle intriguing, as I was sure that both riders were feeling frustrated, for different reasons, of course. Cairoli was clearly faster than Jeremy (the chart above supports this), but because of the one-lined nature of the circuit, he just couldn’t get around him. Obviously, Antonio isn’t used to being stuck in fifth, so he must have been desperate to salvage a couple more points, but despite his best efforts, he had to take the sixteen points.

In comparison, Jeremy is relatively new to being a consistent podium contender, so being in fourth would not have been too upsetting for him. However, whilst fending off the challenges for Tony, he proved that he could withstand the pressure with ease, so if he had been up front, it would not have been an issue. Van Horebeek has been so close to topping the podium so many times, and he again had the speed in Germany, but the stars just did not align. So, you can be sure that he too desperately wanted to be closer to the front, so that he could set himself up to potentially take the overall win. However, moto two only went a little better, and he once again occupied the lowest step on the overall podium.

However, I digress. Let’s get back to the topic at hand, their first moto battle. The fact that they were running the same lap times for the duration shows just how hard they were pushing – every points counts. They were undoubtedly spurred on by the fact that they could see Steven Frossard in the distance. If they had another lap, they probably would have sucked the Frenchman into their battle too. Starts were crucial at Teutschenthal, as Antonio and Jeremy found out.

Max Nagl admitted following the first MXGP moto that he does not have the fitness to maintain the same pace over a thirty-minute moto. Obviously, he was not struggling that much, as he still won race one relatively easily. Although he was not running the same pace as Desalle in the closing stages, his gap did not shrink too much, as the Belgian struggled to run this pace consistently. For instance, on lap fifteen he set a 1:41.639, which was a second and a half faster than Max. But, one lap later his times were back in the 1:43 second range. This was seemingly the point in the race where he really became a threat, and looked poised to make a pass.

With the deep ruts, stones and lack of lines, it was easy to make a mistake, so it isn’t too surprising that Desalle was so inconsistent with his times. However, he will surely look back on this as a missed opportunity, as those three points may be useful as the title fight winds down. This is the role that Max Nagl (and Gautier Paulin when he returns) is going to play in the coming weeks. He can split the two title contenders up and steal points from either rider, which could drastically alter the way that the standings look at the end of the season. Of course this isn’t his aim, he just wants to win (which he will surely do again), but when he does that he will be a spoiler.