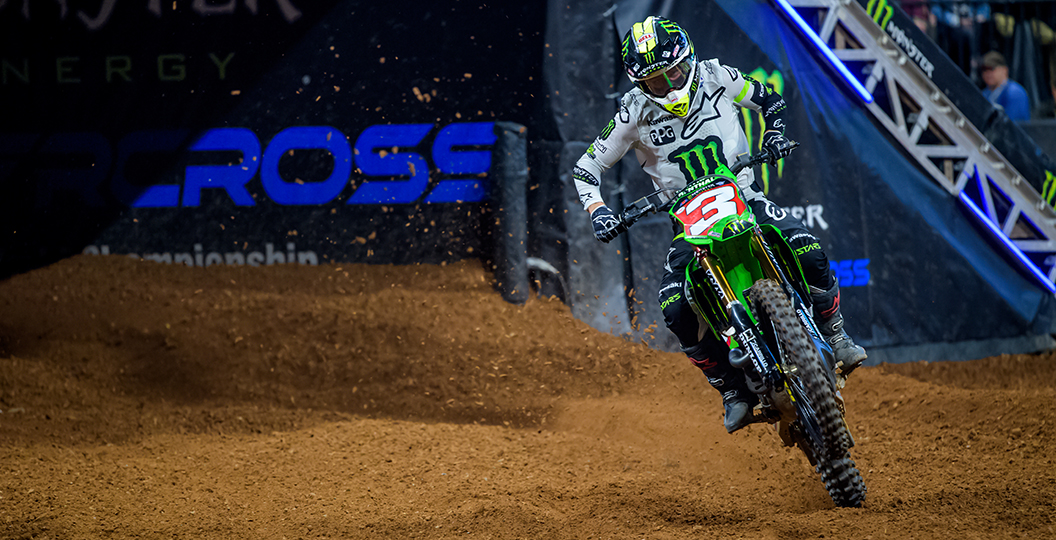 This year, like most of the world, I have spent far too much of it quarantined at home. Instead of flying off to another city every weekend, I have been at my makeshift home office. It’s been a painful diversion from my norm but these things must be done so we can someday resume some form of normalcy. With racing schedules being released, revised, and re-released, we are all just hoping for the best. How is America’s plan looking?  Let’s take a look.

With seven rounds remaining on the 2020 docket, everyone involved is looking for a way to put a bow on this series. The current plan would be a supercross blitz. Starting May 31, racing would begin and hope to conclude sometime around June 21. The schedule would be fast and furious, packing in two to three events per week. Most of the riders and teams would stay in the host city, spending the off days resting and rebuilding equipment. I would bet that some riders bounce back and forth to California but until a hard schedule is released it’s hard to guess on how much time they would have in between rounds.

The details are beginning to take shape but the host city is still undecided. The first choice is Glendale, Arizona, but there is a back-up plan that includes either Houston, Texas or Las Vegas, Nevada. Every possibility is being accounted for in hopes of a gate drop somewhere, somehow. Latest info says that there will be a 1000 person hard cap on those allowed into the venue. Those attending will have temperatures checked on arrival, wear masks and gloves, as well as maintain social distancing throughout the event.

All precautions will be taken in hopes of a safe and smooth event. The biggest absence will be the fans, of course, with the stadium looking more like press day than the actual racing event. Rumour has it that the top 40 riders in each class would be invited, limiting the head count. That’s a tough blow for some privateers, but again these are difficult times and sacrifices will be made by all. So, as of May 1, that’s the plan. 30 days from now, we will have our return to racing but where that happens seems to be a moving target.

As for Lucas Oil Pro Motocross, things have been just as fluid. Originally, the schedule was to kick off at Hangtown on May 19. That first round was cancelled long ago as the track is on state land with zero chance of usage during this pandemic. The schedule was optimistically adjusted to a June 13 start in Florida, as the country suffered through COVID-19. That start date would allow for the then-planned Monster Energy Supercross series to end and give teams time to prepare for motocross. The Lucas Oil Pro Motocross schedule has changed again, as things have across the country. The latest release has pushed the start to America’s birthday, July 04, at RedBud.

Wild times demand wild flexibility. A series kickoff in July at Red Bud qualifies as pretty wild for me. The dates and locations for the rest of the series have not been announced just yet but the finale would be October 03. That’s the latest motocross end that I can remember, resembling an MXGP calendar more than the USA. Racing into October puts a squeeze on the off-season and I think we could even push later into the year if needed. The riders will not get the rest they are used to, almost immediately going into training and testing mode in November.

What does this mean for MXoN, the Monster Energy Cup, and the MXGP schedule at large? Good question. The Motocross of Nations is my favourite event of the year and I have been looking forward to a return to Ernee since it was announced. I have my doubts as to it happening this season but I will remain optimistic through this catastrophic outbreak. The same goes for the Monster Energy Cup in October.

The biggest conflict will be in that the scheduled venue is also the home to a MLS soccer team. If the scheduled date is needed to make up missed soccer matches, all bets are off. It’s far too early to tell what happens with both of these events but the upside is that we do have time on our side. The world is healing, even if slowly, so let’s hope for a miracle bounceback.

As for MXGP scheduling, Lewis, what are you hearing?