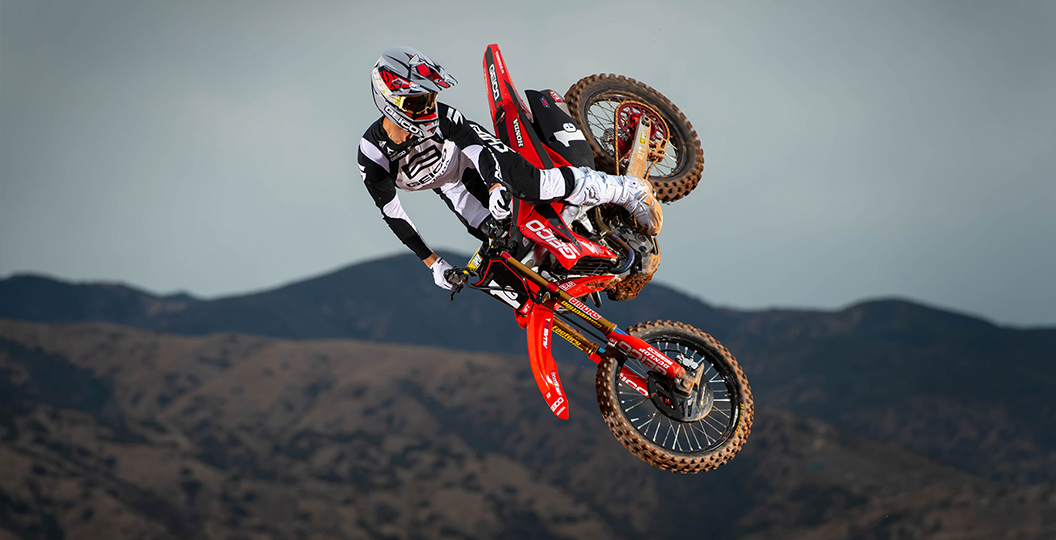 East coast, here we come! After six weeks of 250SX West racing, I am more than excited to head east. Unlike Lewis Phillips, I will be at Tampa for the 250SX East opener. This is a hometown race for me, growing up two hours north and actually still owning a home inside Tampa itself. Tampa is also the hometown race for Feld Entertainment and it’s a sure bet that they will roll out the red carpet. Now that we have the useless side information out of the way, let’s dive into a little 250 preview.

My favourite part of this 250 east series is there is no clear favourite. Chase Sexton is the defending champion, yes, but I don’t think anyone believes he has a big edge over the field. Austin Forkner was the dominant east rider but a knee injury at Nashville completely changed the outcome of that series. Justin Cooper and Chase Sexton were left to battle for the title with Sexton bringing it home. Both Forkner and Cooper moved to the west for 2020, as we know, changing the dynamic for this year’s chase (pardon the pun).

The real contenders look to be Sexton, Shane McElrath, RJ Hampshire, Jordon Smith and Jeremy Martin. We could of course see one of the youngsters like Garrett Marchbanks, Brian Moreau, Jalek Swoll or Jo Shimoda step up. My money is on that first group though. There is also a group of wildcards that are either veteran mainstays or coming back from injury including Jimmy Decotis, Colt Nichols, Kyle Peters, Jordan Bailey and Josh Hill.

Chase Sexton: Your defending champ has looked great on his recent social posts and will be brimming with that #1 plate confidence. My main concern will be his collarbone injury he suffered not too long ago. How will that time off impact his preparation and overall performance at the opener? The GEICO Honda’s seem to have an improved engine package for 2020, helping him get his larger body type better starts than in 2019. He won the title last year with consistency and capitalising on other riders’ mistakes. With everyone going full send thinking “this is my year,” maybe Sexton can replay his success of a year ago?

RJ Hampshire: Here is your big question mark for 2020. RJ switched teams, motorcycles, trainers, gear companies and literally everything in between. He’s a new father and also lost 20 pounds this off-season. How all of that changes his results is what I am waiting to be answered. There are some who are very high on RJ’s chances this season. The tough part is that his results on paper have been much worse than I would have guessed. For his career, RJ’s average SX main event finish is 7.5. That’s not horrible but it’s also not going to have you in many championship considerations. He will need to be much better this season to perform at the level he’s looking for. More importantly, he needs to remove the catastrophic rounds that can effectively eliminate a title run in one night.

Shane McElrath: A multi-race winner, McElrath has been in his fair share of championship fights. He is notorious for fast starts both on the track and in the points standings. It was a curious move last season as his narrow avoidance of pointing out of the 250 class was followed by a team switch. I can’t imagine that his prior team thought much of the manoeuvre but what’s done is done. He comes into 2020 on arguably the best bike and in the best position to become champion that he could ask for. He is my title pick for this season but I have no real conviction behind it. I think he will come out and win Tampa, putting him in the perfect position moving forward. My only real question is if he can continue that same elite performance as the series pushes into April. That’s been his struggle in the past.

Jordon Smith: Your woulda coulda shoulda 2017 250SX East champ makes a big change for 2020. He has joined Mitch Payton’s Monster Energy Pro Circuit Kawasaki team in hopes of finally making good on the years of promise he has shown. 2019 was not a good year for Smith, missing many races and surely spending much of that time frustrated. This year could be his best chance at redemption. Payton and crew are experts at this scenario, recreating riders in their darker days. The real question will be consistency for Smith. I expect podiums but winning this title will take several wins in my estimation. With a revolving door of podium level riders, maximising points on the good nights will be very important. I don’t have him as my title winner but he’s certainly in the top three for me.

Jeremy Martin: A wily veteran and former Lucas Oil Pro Motocross champ, J-Mart is coming back from a serious back injury suffered in the summer of 2018. GEICO Honda stuck by the Minnesotan, keeping him employed and allowing a proper recovery. He is fully healthy and focused on a triumphant return in just a few days’ time. Reports from the test tracks are overwhelmingly positive but that’s nothing new for J-Mart. He has been down this road before, burning up the off-season but struggling once the gate drops for actual racing.

He will have yet another chance this season and another chance to make good on a title he has long sought. The last time we saw him in 250SX he was arguably the best in class, wracking up wins down the stretch of the 2018 series. If he arrives with that pace and confidence then 2020 could be his year, and what a comeback story it would be! If you are looking for a feel good story, this is a good place to start.

The Field: With a few factory rookies, anything goes for Tampa. Incoming Frenchman Brian Moreau is a complete wildcard. He has no real American supercross experience but showed well in Paris, prompting the opportunity in front of him. Jalek Swoll is making his debut for Rockstar Husky, too, after lighting up the amateur scene in recent years. If he gets a holeshot, look for him to go for broke. He is used to leading races and will attempt to sprint away as amateur racing typically rewards.

Another rider to keep an eye on is Josh Hill. A former 450SX winner (Minneapolis 2008), Josh Hill has had a wild ride of racing and retirement and is now back into racing yet again. His younger brother Justin is on the Bullfrog Spas/SmarTop Honda team, making for an interesting dynamic between younger and older brothers. Have we ever seen an older brother on the 250 while his younger sibling is a 450 contender? I am completely clueless as to how Hill will fare on the 250. His talent is undeniable but racing against the youth of today is always difficult. Their carefree style and intensity is challenging to match. Regardless, he adds a unique storyline to an already stacked line-up.

Prediction: I expect to see multiple winners this season. The field is fairly wide open. I have changed my mind multiple times but I think I have it narrowed down…