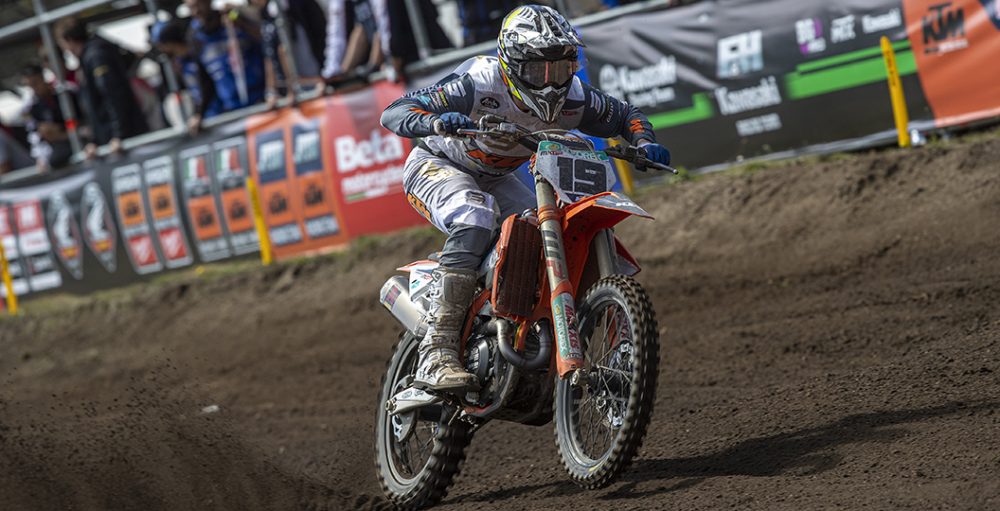 Thomas Olsen out of MXGP of Portugal, nursing hand injury sustained in Argentina.

Another one bites the dust. Thomas Olsen will miss round four of the 2022 FIM Motocross World Championship, the Grand Prix of Portugal, after his hard crash at the previous stop in Patagonia-Argentina. Olsen hit his head in the crash and, surprisingly, it turns out that he injured his hand as well. The hand injury was not even mentioned in a post-race podcast with MX Vice, but the pain was too much for him to bear in a test session on March 30.

“Due to my unintentional crash in Argentina, my team and I unfortunately have to do without a start in Portugal. I tried to ride this week, but the pain in my hand was just too much. I hope to be able to return to full training quickly and continue my performance from the last few weeks.”

The intriguing point to consider here is that Olsen is KTM’s sole representative in the premier division. Although he is beneath the DIGA Procross KTM awning, he is one of just two riders to score points in ‘orange’ over three rounds. Jordi Tixier is the other aboard his privateer machine. Olsen runs seventh in the championship standings and has appeared in the top five in two of the five motos that he has completed thus far.

The aforementioned “unintentional crash” was caused by Monster Energy Yamaha Factory MXGP’s Jeremy Seewer, who also hit his head in the incident. Seewer sustained no other injuries though and will make it onto the starting line at this weekend’s Grand Prix of Portugal. The event will mark the one hundred and fiftieth Grand Prix in succession for Seewer.