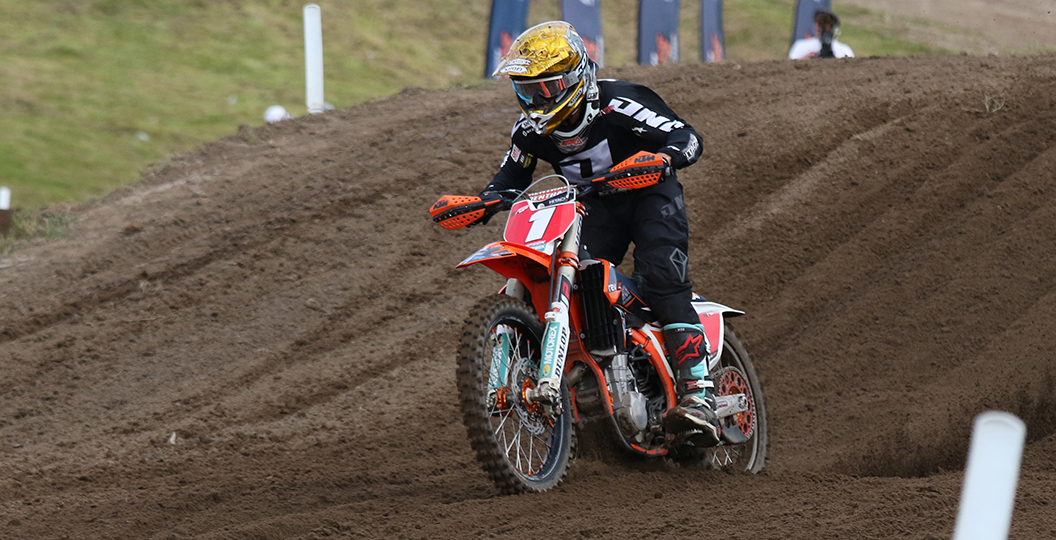 It isn’t surprising in the slightest that Shaun Simpson successfully defended his MX1 title at Preston Docks on Sunday, round seven of the 2015 Maxxis British Championship, as the Scotsman has been a dominant figure since the gate first dropped at Hilton Park back in March.

Whilst his main competitors fell to the wayside, Shaun has consistently remained a notch above the rest and has maintained an impressive scorecard across the seven rounds run so far. How much better was he this year than last though? Seeing as seven rounds have been run this year and the same amount were run in total last year, now seemed like the perfect time to gather some statistics…

Shaun was actually more dominant last year than those statistics may indicate, as various issues at the final round brought his averages down a little. It is extremely hard to complete a season without running into the odd mechanical problem or crash, as everyone knows, but he has done a remarkable job of avoiding adversity this year. He has lost just two motos, and in both of those he finished a close second. His overall win record sits at one hundred percent, also, with one round remaining, making this one of the more dominant seasons in recent memory.

The season is far from over for Simpson, however, as over the next four weeks he’ll tackle the last two MXGP rounds, the Motocross of Nations and the Maxxis British Championship finale. At all of those he will head in carrying the weight of expectation, but can take comfort in the fact that he has already been successful in achieving one of his goals for this year.