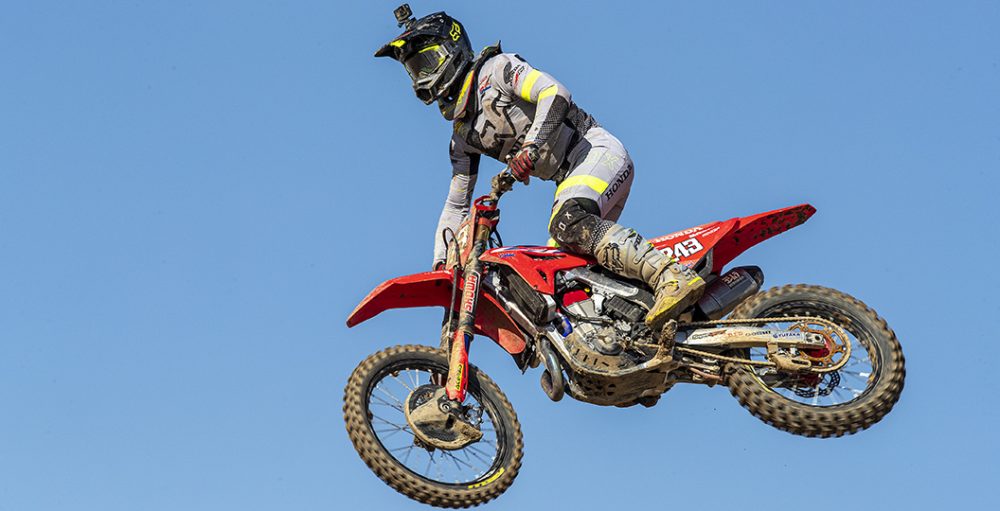 The Moment: MXGP of Turkey

The key moment that occurred at round eight of the 2021 FIM Motocross World Championship on Sunday, that being the Grand Prix of Turkey, was just seconds before the halfway mark in the last moto of the day. Tim Gajser grabbed the lead from Jorge Prado and, by doing so, erased those doubts that arose after a very underwhelming first moto. Things were really trending in the wrong direction for Gajser at that point.

Gajser has led the points from the very beginning and is the winningest pilot this season – those stats would lead you to believe that he has had a firm grasp on this title fight ever since the opener in Russia. Everything that has transpired since that event tells a different story though; he has rarely been the quickest, struggled to capitalise on golden opportunities and left points on the table on multiple occasions. The first stint in Turkey encapsulated all of that.

The first of two motos at Afyon was nothing short of a disaster. Gajser watched as some of his fiercest rivals passed him and pulled away with ease – he was simply powerless. There was just nothing that he could do. It may have been the worst ride that he has had in years, so obviously his rivals smelt blood in the water at that point. Jeffrey Herlings gained ten points in a single moto! That is unheard of, with no crashes. Add in the fact that there were still three motos left to run at Afyon and panic alarms were being sounded in every direction.

This is where Gajser proved that he possesses a quality that few guys have. Not one to lose himself mentally or fall into a black hole, he came out in the second moto and looked like a new man. Gajser did the passing in that one, as he displaced his closest rival in the championship and then rode away from the competition. The contrast between the two motos shocked everyone and now no one knows what to expect from him on Wednesday. Gajser has, crucially, regained control.

What did lead to such a drastic change from one moto to the next? One would be forgiven for thinking about bike set-up immediately, but it was not that. Gajser himself stated that he simply could not get going in the first moto. Sitting behind Glenn Coldenhoff seemingly rattled him and he never recovered. Mentally, he was shot. That is why it’s so impressive that he turned things around in an hour or so, as so many would have struggled to recover and chase the light at the end of the tunnel.

“I had two completely different races,” Gajser commented in the post-race media session. “I had a solid start, but I got stuck behind Glenn [Coldenhoff] and could not pass him for ten laps. I kind of lost the rhythm and got arm pump; I finished sixth. I was definitely not happy with it. In the second one, I had a good start and was third. I made quick passes in the middle of the race, a small gap and then controlled the race. I am definitely happy with the second race. I will try to improve the starts for Wednesday and be more consistent, and just have fun. That is the most important thing!”

Wednesday will indeed be the greatest test. If he rides like he did in the first moto, then it is likely that the red plate will be detached from his CRF450RW for the first time since October last year. What if he performs like he did in moto two? Well, he will have all of the power.