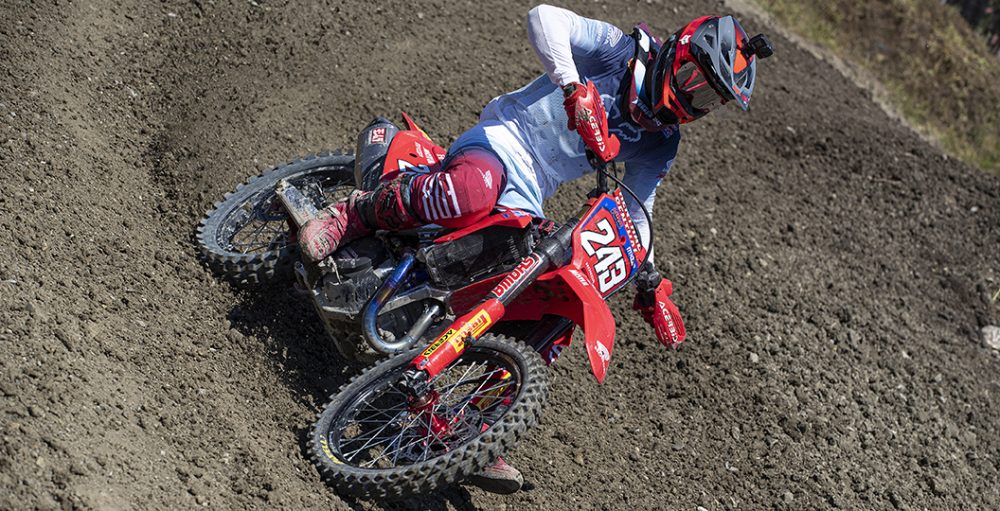 The key moment that occurred at the Grand Prix of Russia, the first round of the 2021 FIM Motocross World Championship, was one that did not happen until the very end of the event. Tim Gajser climbed onto the top step of the premier-class podium and had Jeffrey Herlings below him. That must have happened in the past though, right? Wrong.

A frankly shocking MX Vice statistic that has just been uncovered is that this is the first time that Gajser has won a Grand Prix that Herlings has completed both motos at (passed the chequered flag) in a while. Gajser had won 24 stops aboard a CRF450RW and Herlings had only finished both races at three of those – the Grand Prix of Russia two years ago, where he returned from injury and was far from healthy, and then the other two were back in the spring of 2017. Another point to consider is that at the two events that term, held in Argentina and Mexico, Herlings was riding with a fractured wrist and outside of the top eight each time. It was obvious that he was present to limp around and obtain points, not race for victories.

The Grand Prix of Russia was particularly poignant, for that reason, as it was the first time that Gajser took an overall win in the premier class with a fully healthy Herlings on the starting line. A crazy thing to consider and something that certainly means something moving forward. It is unlikely that Gajser is aware of this statistic and the exact details from the past four seasons, but he would be aware that toppling Herlings in a straight-up duel is a rarity. The confidence that he can extract from that could be pivotal moving forward, especially at the hard-pack tracks on the horizon.

Herlings will undoubtedly just shrug the situation off, on the other hand, as Orlyonok is a unique beast and can only be likened to one other circuit on the calendar. Matterley Basin has already been highlighted as a great track for a rebound by him – the win column still massively favours the KTM pilot as well. Any talk of a panic button is just unwarranted, but this could indicate that things are not going to be as simple for him as they once were. Gajser is in a better place than ever before, more so off the bike than on, and that was evident in his calculated charge through the field in moto two on Sunday.

“The point here is this: This is the first time that Tim Gajser has celebrated a Grand Prix win in the premier class and been joined on the podium by Jeffrey Herlings. Like ships passing in the night, these two rarely meet on top form.”

A previous version of Gajser would have re-joined the race after the altercation, overridden and then done further damage. That has always been a weakness that those who aspire to beat him can rely on – a lot of guys tend to presume that an error from Gajser will ensure the pendulum swings back in their direction. It seems that those spectacular faults are becoming less common, as they seemed to disappear in the second half of last year (that being his fourth title-winning term). There are no signs that those will return this year either, despite the fresh competition, and that must have crossed the mind of Herlings as he looked up to Gajser on the Grand Prix of Russia podium.