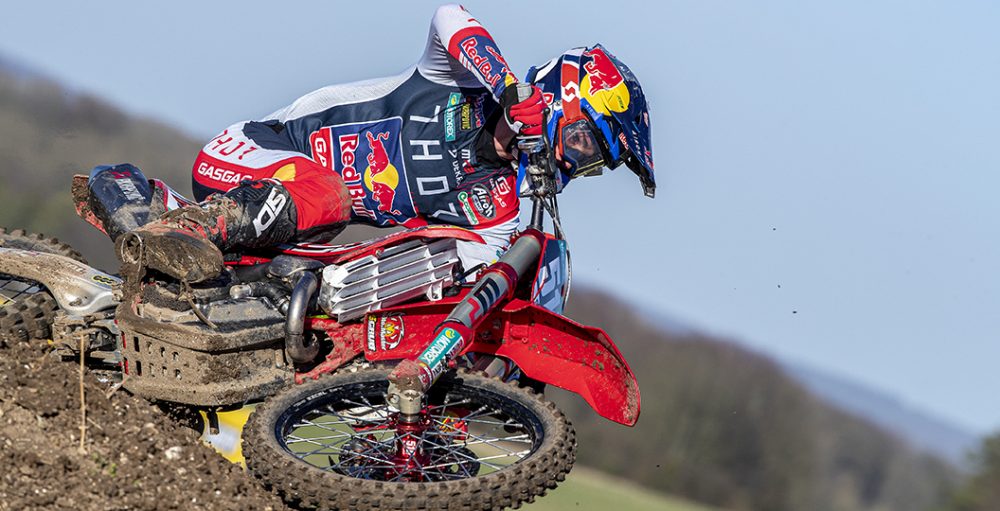 The Moment: MXGP of Britain

A star was born at the opening round of the 2022 FIM Motocross World Championship. Simon Langenfelder burst through the glass ceiling and leapt atop the Grand Prix podium for the very first time in his career. It was obvious that he was going to check that box at some point in the future, but few people imagined that it was going to happen so soon. That was the key moment that took place at the Grand Prix of Great Britain.

Perhaps the greatest thing to emerge from the success that Langenfelder had was the reminder that there are always going to be surprises in the sport. Everything is so exposed now, as is the way of the world, that it is becoming easier to predict what is going to happen at each race. There is so much data for every single fan to go off of and, truth be told, it has been a while since there was a surprise of this magnitude. The last time that a result caused this much of a stir was arguably when Gautier Paulin won the opening race of the 2009 FIM Motocross World Championship. A star was born at that point too.

“I was thinking that I would be better this year, like you said, but to be this good… I think that this track really suits me as well,” Langenfelder told MX Vice. “I was feeling good on the bike and, with these starts, it makes the work a lot easier. I am just really happy that everything turned out  like this! I feel so good with the new team and the new people. I had not led in a big race like this for a long time and, for sure, it is something different. It was not like I was scared or something. It was just so nice, but the riding that you do is different. You do not need to be aggressive to overtake.”

What does this mean moving forward? Well, Langenfelder is going to collect more trophies in the upcoming weeks. Expecting him to be a consistent race victor is arguably a step too far at this point. There is no doubt that he is going in that mix with riders like Kay de Wolf and Roan van de Moosdijk though. It is worth noting that Langenfelder skipped the EMX250 division, which gives the impression that he is older than he actually is. Sweeping a Grand Prix at 17 years old is a very impressive achievement! Langenfelder has a bright future ahead of him. There is no doubt that there will be more of a microscope on that now.