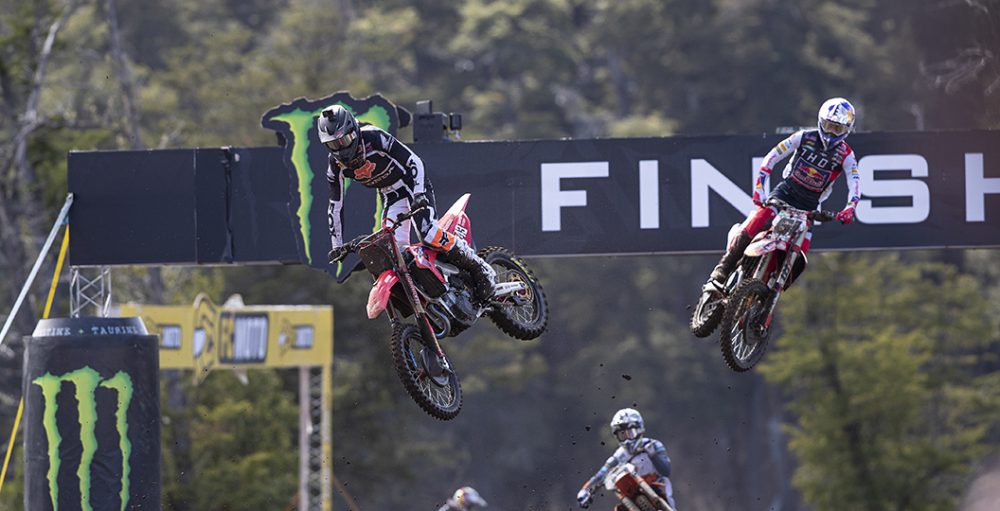 When round three of the 2022 FIM Motocross World Championship, the Grand Prix of Patagonia-Argentina, reached a conclusion, intrigue was sparked when pundits came to the realisation that Jorge Prado dropped to third in the championship standings. The fight for the premier-class crown had been tipped as Tim Gajser versus Jorge Prado for some time, yet the former has seemingly got the upper hand.

Now, Gajser and Prado have competed against each other just a handful of times. Prado did not race Gajser until he stepped into onto the 450F for the first time and the pair have completed seventy individual motos since then. Although that sounds like a large figure, it equates to just thirty-five rounds. The sample size is rather small. Does the data that can be scraped from those events tell us that the pair are evenly matched?

There is a small point to consider when pondering the figures above. Jorge Prado missed the last four stops of the 2020 FIM Motocross World Championship with a sickness, which has impacted his wins and podiums. The statistics make it very clear that Gajser is criminally underrated; he was always going to be the favourite to take this crown, especially with Jeffrey Herlings watching from the sidelines. Perhaps the rivalry between Gajser and Prado was fabricated in an effort to simply make this thing interesting?

There is an element of that, sure, as the countless injuries have made intriguing storylines hard to come by in both classes. The fact that Prado could surpass Gajser does have some merit though. We know what we are going to get from Gajser at this point – he is very much a known quantity. Prado, on the other hand, is making leaps forward with each year that passes. There is still more to come from the two-time champion, which is an intriguing prospect with seventeen rounds still to run.

Additionally, he rarely starts a term well. Prado’s playbook is coming on strong around round five or six. It is that point that he begins to hack away at the deficit that formed across the first handful of rounds. Prado was thirty-four points down on Gajser after four rounds last term, for instance, and was just thirteen points down four rounds later. There is no need to hand a trophy out yet, especially with the return of some stars. This thing is only just getting started.