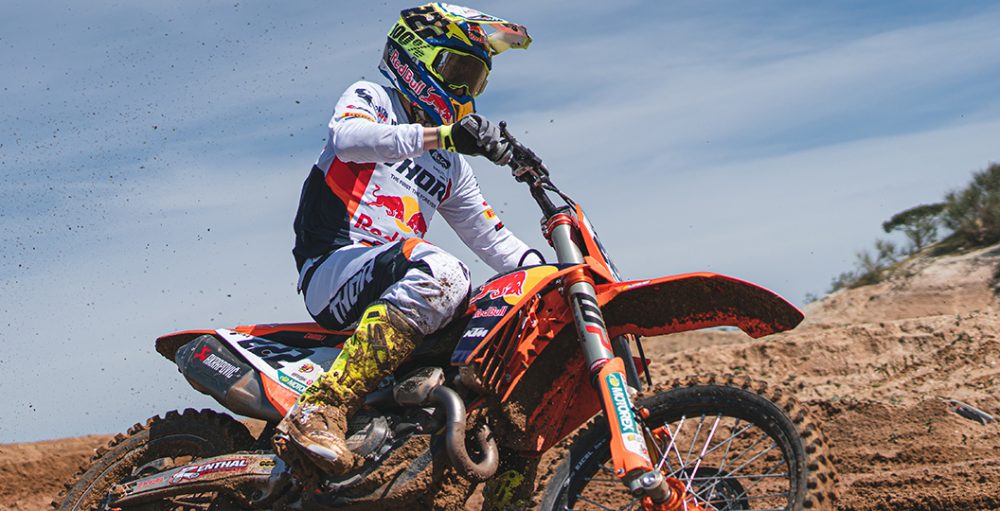 Red Bull KTM Factory Racing will add some European flavour to the upcoming 2022 Lucas Oil Pro Motocross series, as it’s been announced that Antonio Cairoli will compete in the 450MX division through the first two rounds. It is the moment that everyone has been desperately waiting for and something that’ll be dissected in this MX Vice feature, which is presented by the Mips Protection.

Cairoli made it rather clear that he intended to race in the United States when he confirmed his retirement in Rome, Italy, late last term, so this announcement did not come as much of a surprise. The fact that he is only committed to two rounds was a slight shock, but there is scope for him to continue racing if things go well. Will he complete the entire twelve-round series? That is unlikely, yes, but there is almost no doubt in this scribe’s mind that he will go further than Hangtown.

It would almost be a wasted experiment for him to call it a day after lining up at Fox Raceway and Hangtown – those tracks are arguably the least enticing on the calendar. Fox Raceway is a man-made facility and ‘222’ has always had a disdain for those, then weather and prep will dictate how enjoyable Hangtown is. Thunder Valley is a track that he has raced on before, twelve years ago when the Motocross of Nations hit Colorado, so the fourth round at High Point must be like a dangling carrot.

If he goes to High Point then he may as well stay until RedBud, round five, to prepare for the Motocross of Nations that will be run in September. Southwick is just one week later and that must be tempting for him. Hey, it is sand! The following track, Millville, is one that most Grand Prix riders drool over too, so where does he draw the line? If the first two rounds go well, and everything is as enjoyable as it should be, then it is going to be quite hard for him to step away.

Everyone wins in this scenario; Cairoli gets to fulfil a dream, Red Bull KTM Factory Racing get some attention in a difficult period and Lucas Oil Pro Motocross will undoubtedly see a boost in just about every area. That boost will be even more significant if Jeffrey Herlings joins his former title rival. No decision has been made about Herlings’ participation just yet and, truthfully, it all depends on how well his heel heals. The clock is ticking at quite a rate now and one would think that the odds are dropping with every day that passes.

Having Cairoli is enough of an unbelievable situation for all involved though and something to start thinking about. How well will he do? Cairoli is retired, after all, so results are not at the forefront of his mind and he has already admitted that he is going in with less prep than when he was a full-time racer. There is no doubt that he will impress at points though. This is a nine-time world champion.