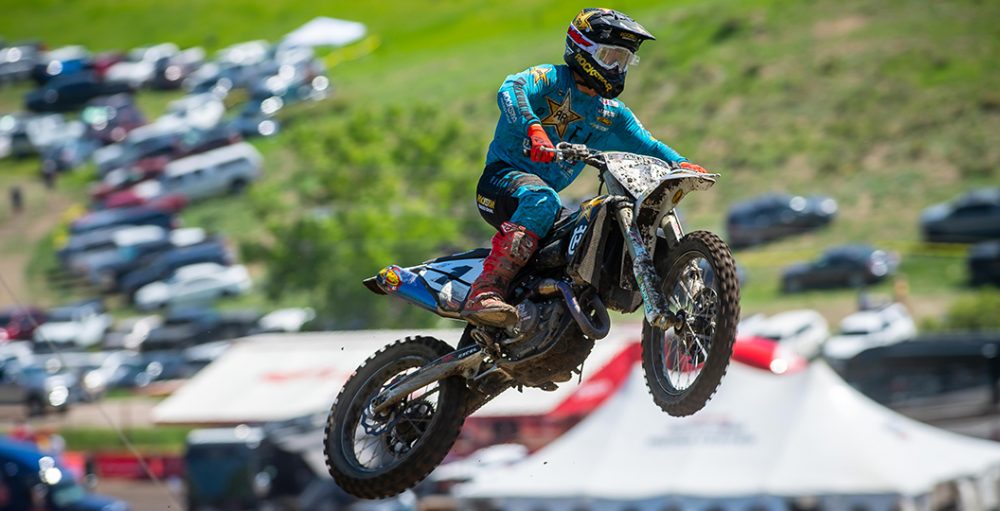 The 2021 Lucas Oil Pro Motocross series is starting to unravel for Rockstar Energy Husqvarna Factory Racing. Jason Anderson dropped out of the series a couple of days ago, and now Zach Osborne’s immediate future appears to be up in the air. The back injury that forced Osborne to move over onto the sidelines in February flared back up at Thunder Valley, which caused him to drop to twelfth in moto one and then pull out of moto two very early on. Husqvarna released the following statement.

“Defending 450MX champion Zach Osborne came into the second round with high hopes and he put himself in a great position right away with a seventh in qualifying. In moto one, Osborne got off to a fourth-place start aboard his FC 450 Rockstar Edition and he charged just behind the podium battle for the first half of the race. However, things took a turn when he felt his ongoing back injury flare up during the moto. Digging deep, Osborne finished out the first moto in twelfth but he ultimately made the tough decision to sit out the second moto.”

Osborne is eleventh in the premier-class standings now, 57 points behind the current championship leader. When he first injured his back, it was described as a “bulging disc in my lumbar spine.” If Osborne is indeed out for the foreseeable now, then Rockstar Energy Husqvarna Factory Racing will be represented by Dean Wilson in 450MX moving forward. Wilson has not yet broke into the top ten in a moto. It remains to be seen if a fill-in rider would be required.